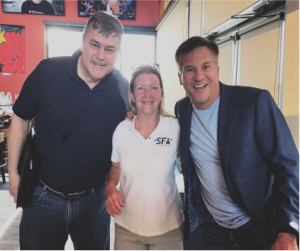 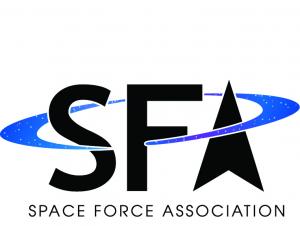 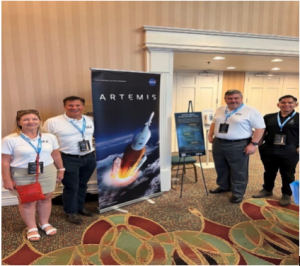 FLORIDA, UNITED STATES, January 25, 2023 /EINPresswire.com/ — As the Space Force’s Space Launch Delta 45 heads into successfully launching over 50 rockets this year with no sign of slowing, Florida is launching more exciting events and organizations than ever. To support the Guardians, as well as over 16,000 aerospace companies in Florida, the Space Force Association (SFA) has successfully launched it own Florida Chapter. The chapter has a leadership team in place and working toward SFA’s priority to support SF Guardians. Rob Fabian (President), Martin Amen (Vice President), and Susie Dabrowski (SE Region VP) attended the inaugural meeting.

In December, the FL Chapter supported the Space Force’s and SLD45’s Inaugural T-minus 10 Miler run. The team established some lofty goals and now that our chapter has launched, we can expect our chapter to grow and flourish.

‘We Are Going’’ to the Moon

About the Space Force Association (SFA):

The Space Force Association (SFA) is the only independent, 501(c)(3) non-profit organization that serves as a professional military association whose sole focus is supporting the United States Space Force, United States Space Command, U.S. national spacepower at large, and our global partners and allies’ efforts in space exploration. Its core functions are to research, inform, and advocate to achieve superior spacepower by shaping a Space Force that provides credible deterrence in competition, dominant capability in combat, and professional services for all partners. In addition, the SFA has an essential function to provide support for the men and women of the U.S. Space Force. Membership is open to both military and civilians. For more information on the SFA, please visit ussfa.org.