Introducing Eddie Bordones, The Independent Artist Changing The Rules With His Single, ‘Rewind’ 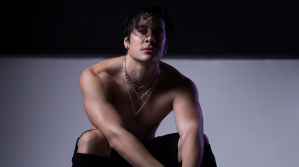 Eddie is better positioned in the industry today to make his music a global brand recognized for its uniqueness, instead of being redundant as most TikTok music is nowadays. He is determined to touch every soul he possibly can with a sense of humanity and 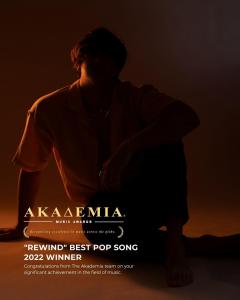 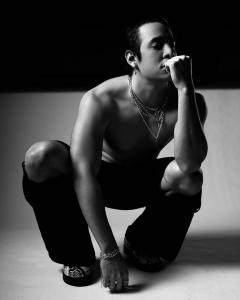 Meet Eddie Bordones, an independent Latin artist from Venezuela living in the US who is determined to rewrite the rules in the music industry through ‘Rewind’.

I’m so thankful to ‘The Akademia Music Awards’ for recognizing my work and making “Rewind” the winner of 2022 in the Pop Music category!”

ORLANDO, FLORIDA, UNITED STATES, December 20, 2022 /EINPresswire.com/ — Pursuing your passion can lead to success. The path of self-discovery is often filled with challenges and obstacles, and you may encounter negativity from various sources. However, if you remain focused on your goals, you can ultimately achieve them. The story of Eddie Bordones, a songwriter and musician, exemplifies this principle. Despite facing numerous challenges, he persevered and eventually achieved success in the entertainment industry.

Eddie Bordones is an independent Latin artist from Venezuela living in the US who is determined to rewrite the rules in the music industry. Like many other artists who set out to craft a career away from a record label, he had to set new boundaries without having access to a full team; In early fall of 2022, he became the producer, songwriter, and the mastermind behind his first single, “Rewind” working in combination with the notable producer Mantra, founder of WAVS. His dream of becoming a pop/alternative artist in the industry is far beyond wanting mainstream fame, but instead, he has a focus on impact through his gift of singing and songwriting. You’d be surprised to know what he overcame to stand in the spotlight tall and proud.

Bordones faced many challenges on his path to success. Despite struggling with stuttering, a speech condition that he initially believed would hinder his dream of becoming a professional singer, he refused to give up. Rather than dwelling on the negative, he learned to embrace all parts of himself and discovered what made him unique. With the help of a speech therapist, he regained his confidence and used his story to inspire others. Through perseverance and determination, he was able to overcome obstacles and achieve his goals.

Eddie has always had a passion for singing and performing, but he has faced challenges in breaking into an industry dominated by American artists. In an interview, he admitted that there were times when he was tempted to give up on his dream, but he decided to work through the tough times instead. He knows that change doesn’t come easy and it requires hard work, but he has never let that deter him. Eddie believes that he has something new to offer and he is determined to share his story with the world.

Inspired by artists such as Billie Eilish, Lana del Rey, and Amy Winehouse, Eddie writes music based on real-life experiences that people can relate to, such as the pain of heartbreak. His music often deals with emotional struggles and internal conflicts, but he manages to infuse it with inspiration and lessons that can be applied to our everyday lives. Eddie connects with his audience by speaking to the common human journey of ups and downs.

Today, Eddie Bordones is poised to make his music a globally recognized brand that stands out from the TikTok music that is becoming increasingly redundant, and it all starts with this single “Rewind”. He wants to inspire and touch every soul that he can through his unique vocals and humanity. He is determined to achieve his goals and earn the opportunities he deserves. His story can be an inspiration to many immigrants and those facing challenges in their own fields. It is a testament to the fact that you can turn your challenges into successes if you put in the effort and focus on what’s next.