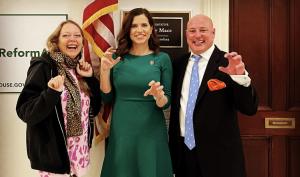 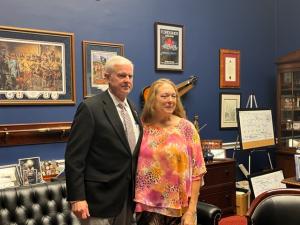 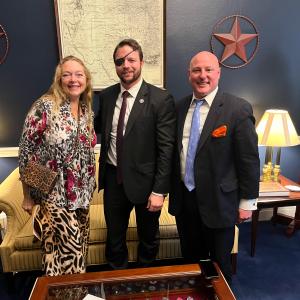 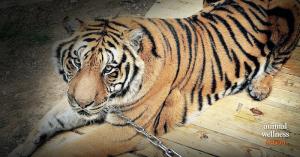 A big cat in captivity.

“We applaud President Biden for inking the much-needed Big Cat Public Safety Act into law,” said Marty Irby, executive director at Animal Wellness Action. “The measure will protect American families from dangerous tigers, lions, and other big cats, and eradicate the ridiculous practice of ‘cub petting’ that we saw in Tiger King from U.S. soil.”

“For me, this fight for the big cats was never personal,” said Carole Baskin, president and founder of Big Cat Rescue. “This was always about developing a national policy to shut down the trade in these animals as props in commercial cub handling operations and as pets in people’s backyards and basements.”

“The Congress recognizes that chaos and cruelty result when people breed big cats for use as pets or for commercial petting operations,” said Wayne Pacelle, president of the Center for a Humane Economy.

The bill builds on the Captive Wildlife Safety Act, passed unanimously in 2003, which sought to ban the trade in big cats as pets. That original measure had a drafting flaw, and the Big Cat Public Safety Act seeks to correct that problem and to ban breeding big cats for the pet trade and for commercial cub petting.

The bill had been introduced long before the salacious reality television series “Tiger King,” but that blockbuster Netflix program put the issue of private ownership of tigers and lions on the American radar screen. NBC’s streaming platform, Peacock TV, also featured the bill in its series “Joe vs. Carole,” released in March.

Down from nearly 60 cub-petting operations just 10 or 15 years ago, there are now maybe two or three commercial such outfits in the United States. Nearly all cub-petters featured in “Tiger King” are incarcerated, have had their animals seized, or are facing prosecution.

· Jeff Lowe, who took charge of Joe Exotic’s GW Zoo and intended to open a cub-petting operation in far eastern Oklahoma, had his operation raided by federal authorities, who brought civil charges against him. Lowe’s animals have been confiscated and placed at sanctuaries.

· Tim Stark, another prominent Tiger King “star,” had his animals confiscated by the State of Indiana for multiple animal-related and nonprofit-operation violations. He fled the state after a criminal charge was filed and was arrested in New York.

·  Bhagavan “Doc” Antle was arrested on charges of money laundering. He’s also facing charges by the State of Virginia with 15 counts of wildlife trafficking and animal cruelty.

The tigers and lions bred for the pet trade or roadside attractions never lead good lives. They typically live in substandard conditions, and in almost every case, their lives end tragically. We reduce these remarkable beasts to shadows of themselves in dilapidated roadside menageries or in backyards or basements. The people who acquire the animals on impulse or for profit almost always give them up because they cannot be safely managed by individuals without sufficient resources or professional staff.

The Big Cat Public Safety Act is backed by the National Sheriffs’ Association, state sheriffs’ associations throughout the nation, the Fraternal Order of Police, the National Animal Care and Control Association, and countless other agencies and organizations.

Animal Wellness Action is a Washington, D.C.-based 501(c)(4) organization with a mission of helping animals by promoting legal standards forbidding cruelty. We champion causes that alleviate the suffering of companion animals, farm animals, and wildlife. We advocate for policies to stop dogfighting and cockfighting and other forms of malicious cruelty and to confront factory farming and other systemic forms of animal exploitation. To prevent cruelty, we promote enacting good public policies, and we work to enforce those policies. To enact good laws, we must elect good lawmakers, and that’s why we remind voters which candidates care about our issues and which ones don’t. We believe helping animals helps us all.

The Animal Wellness Foundation (Foundation) is a Los Angeles-based private charitable organization with a mission of helping animals by making veterinary care available to everyone with a pet, regardless of economic ability. We organize rescue efforts and medical services for dogs and cats in need and help homeless pets find a loving caregiver. We are advocates for getting veterinarians to the front lines of the animal welfare movement; promoting responsible pet ownership; and vaccinating animals against infectious diseases such as distemper. We also support policies that prevent animal cruelty and that alleviate suffering. We believe helping animals helps us all.