The investment environment in Romania is favorable to international investment 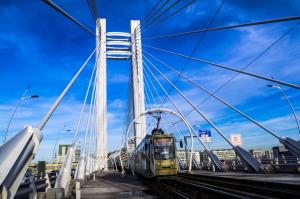 Bucharest is the capital of Romania, Romania is EU and NATO member. The country’s market economy is one of the EU’s fastest-growing. (Photo Eduard Balan) 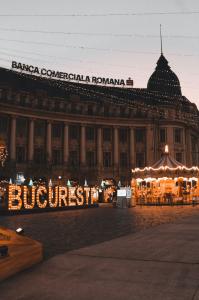 Bucharest has a population of 2.5 million people and a metropolitan area of 3.15 million. (Photo Ogeday) 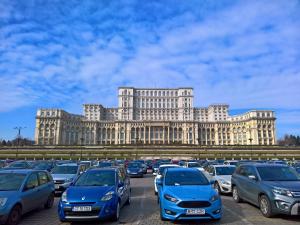 Because of its talented workforce, cheap labor costs, and tax breaks, Romania is an appealing investment location. (Photo Miha Corni) 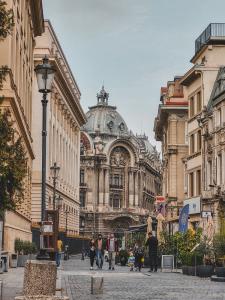 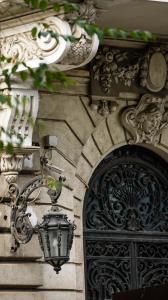 The Bucharest CCIB team can help you create a new business, develop an existing one, or open a branch or subsidiary in Romania. (Photo Ema)

Bucharest’s business community has a strong advocate in the Bucharest Chamber of Commerce and Industry (CCIB).

— Bucharest Chamber of Commerce and Industry

BUCHAREST, ROMANIA, December 16, 2022 /EINPresswire.com/ — The Bucharest Chamber of Commerce and Industry (CCIB) is a professional organization that supports the interests of local companies. CCIB seeks to promote regional economic growth and development by pushing for business-friendly legislation, giving networking and business development opportunities, and providing educational and informative resources. CCIB also offers member firms a number of advantages and services, such as product and service discounts, access to a business library, and invites to special events.

The investment environment in Romania is favorable to international investment. The nation boasts a well-educated workforce, established infrastructure, and a favorable business climate. Romania is a European Union member with a stable political climate. The government has made a variety of changes to enhance the investment environment, such as decreasing bureaucracy, expediting company registration, and granting tax breaks for investments in certain areas. Romania’s economy is expanding, and there are chances for investment in a variety of industries. Romania is a European nation in southeastern Europe. The Black Sea, Bulgaria, Ukraine, Hungary, Serbia, and Moldova are its neighbors. Romania has a population of around 19 million people and an area of 238,397 square kilometers. Bucharest is the capital and biggest city. Romania belongs to both the European Union and NATO. The nation has a robust market economy and is one of the European Union’s fastest-growing economies. Because of its talented workforce, cheap labor costs, and tax breaks, Romania is an appealing investment location. The country’s economy is diverse, with a heavy emphasis on agriculture, industry, and services. Romania has a rich cultural legacy including many World Heritage Sites. Because of its stunning environment and variety of tourist attractions, the country is also a famous tourist destination.

Bucharest is a vibrant city
Bucharest is Romania’s capital and biggest city, as well as its cultural, industrial, and financial hub. It is situated on the banks of the Dâmbovița River in the country’s southeast. Bucharest has a population of 2.5 million people and a metropolitan area of 3.15 million. The city is organized into six administrative sectors, each with its own mayor and local council. UNESCO has designated Bucharest’s historical center as a World Heritage Site. Bucharest first appears in papers around 1459. It has undergone a variety of transformations since then, becoming the capital of Romania in 1862 and formally becoming a city in 1866. Bucharest is a vibrant city with a thriving economy and a diverse cultural scene. Many museums, art galleries, theaters, and other cultural organizations can be found throughout the city. Bucharest’s nightlife is also growing, with several clubs, pubs, and restaurants. The city is serviced by Henri Coandă International Airport, Romania’s biggest airport. A network of roads and trains connects Bucharest to the rest of the nation. Banca Comercială Română, BRD – Groupe Société Générale, Petrom,Rompetrol,Ford Romania,Renault Romania,Dacia,Michelin Romania,Orange Romania,Vodafone Romania,Enel,Electrica,GDF Suez,RCS & RDS,UPC Romania,Hidroelectrica, Nuclearelectrica,Romgaz,Transgaz, Lukoil Romania are some of the largest companies in Bucharest.

The European Union’s highest economic growth rate
Romania’s economy is a high-income economy with a skilled labor force, ranking 13th in total nominal GDP and 8th when adjusted for purchasing power parity in the European Union. The World Bank emphasizes Romania’s efforts to accelerate structural reforms and enhance institutions in order to further converge with the European Union. Since 2010, the country’s economic growth has been among the best in the EU, with an unexpected 5.8% gain in the first half of 2022. It has had growth rates of 4.8% in 2016, 7.1% in 2017, 4.4% in 2018, and 4.1% in 2019. In purchasing power terms, its GDP per capita in 2020 was 72% of the European Union average, up from 44% in 2007, the greatest growth rate among the EU27. Romania’s GDP ranks 46th in the world, with an annual production of $300 billion (nominal). The country is a top target for international direct investment in Central and Eastern Europe, with more than $170 billion invested since 1989. Romania is the region’s top manufacturer of electronics. Romania has also emerged as a key hub for mobile technology, information security, and associated hardware development in the last two decades. The nation is a regional leader in fields like as information technology and automobile production. Bucharest, the capital, is one of Eastern Europe’s most significant financial and industrial hubs. Vehicles, machinery, chemical goods, electronic items, electrical equipment, medicines, transportation equipment, basic metals, food products, and rubber and plastics are among Romania’s top ten exports.

CCIB
It is the mission of the Bucharest Chamber of Commerce and Industry (CCIB) to represent, defend, and promote the interests of the economic actors of Bucharest, for the development of trade, industry, agriculture, and services in accordance with the needs of a market economy. The CCIB is an independent, non-governmental, non-political, non-profit, public-service organization without a patrimonial purpose, a legal person in its own right. Services, Industry, Trade, Tourism, Research & Development & Innovation, and Collective Members are the six sectors in which the businesses represented by the Bucharest CCIB operate. The Bucharest Chamber of Commerce and Industry is the legal successor of the original Bucharest Chamber of Commerce, which was established in 1868 and has continued to operate continuously under various organizational structures and names. The Bucharest Chamber of Commerce serves not just its members but also the city’s whole business community. The CCIB’s enabling legislation provides its members with several advantages, such as discounted rates for a variety of services (including the rental of display space at fairs hosted by ROMEXPO). The Bucharest Chamber of Commerce and Industry (CCIB) acts as the official voice of Bucharest’s business sector, advocating for pro-business economic laws and working to maintain a consistent, orderly, and transparent business climate. Additionally, CCIB is actively engaged in a number of public – private partnerships that aid the local government in achieving its aim of advancing Bucharest’s economic and social infrastructure. Promoting key domains of the Romanian economy (green energy, tourism, agriculture, and food products), bringing in foreign investment through both traditional means (forums, economic missions, organized also with the support of the more than 90 cooperation agreements with similar institutions abroad) and innovative means (the opening of CCIB branches abroad on target markets, doubled by permanent exhibitions with Romanian-made products).

Variety of services
This powerful Chamber of Commerce of Bucharest is known for a comprehensive variety of services, at European level, ideally tailored to the Romanian market, so that you may put your ideas into action and bring your business ambitions to completion. The Bucharest CCIB team is ready to help, whether you’re looking to launch a new company, expand an existing one, or are a foreign investor interested in opening a branch or subsidiary in Romania.