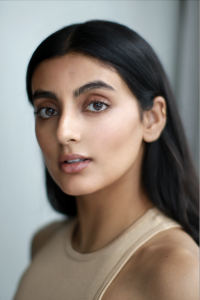 Nikkita Chadha shot by Urban Decay Visuals. The accomplished actress will be filming in the US in the coming months.

The acclaimed Indian-British actress has signed on for two projects filming in the US.

LOS ANGELES, CA, USA, December 16, 2022 /EINPresswire.com/ — ‘Bridgerton’ actress Nikkita Chadha has joined the cast for a number of American projects that will make use of the dynamic actresses’ comedic and dancing skills. The projects are backed by Unbreakable, who reps the accomplished Brit.

In anticipation of an awards season expected to be dominated by international actors, the deals reinforce how popular foreign talent are with American producers who need to appeal to broad demographics in the competitive streaming era.

The critically acclaimed Chadha is well known to fans for her work in Oscar-winning film ‘The Long Goodbye’ from Oscar-winner Riz Ahmed, as well as Amazon’s ‘Cinderella’ and Marvel’s ‘Eternals.’ In an impressive achievement, she was selected out of thousands of international applicants to take part in ABC’s Los Angeles Diversity Showcase, which features the best of foreign or under-represented talent.

Exact titles and plot details for Chadha’s future projects remain under wraps, but information disclosed to editors highlights the broad range of stories that continue to be made in what is shaping up to be a fiercely competitive year for films in an ever-evolving cinematic release schedule.

In the first project, Chadha will play the lead character of Danielle in the highly-anticipated comedy series ‘Momma’s Boy’, hailing from producers who have worked with Selena Gomez.

Chadha’s other project comes from award-winning filmmakers and an American production company known for working with foreign talent in the advancement of procuring international distribution, to be shot in Oklahoma (with Tulsa experiencing a recent boom in productions post-release of Sylvestor Stallone’s ‘Tulsa King’). That project, ‘The Driver and the House’, is expected to be a thriller that blends genres.

“Nikkita represents one of the most unique screens talents today and Britain’s greatest acting exports – we can’t wait to see her work in these projects.”

Chadha also expressed her joy at the attachments when asked.

“I am truly sooo excited and grateful to be a part of such groundbreaking projects and to be working alongside such talented people. I can’t wait to begin creating these characters and exploring this journey whilst being a part of these incredible timely and riveting stories. It’s absolutely a dream come true. Eeeek! Let’s gooo!”