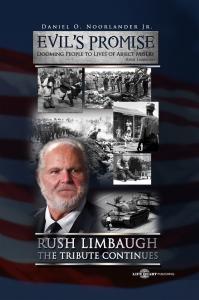 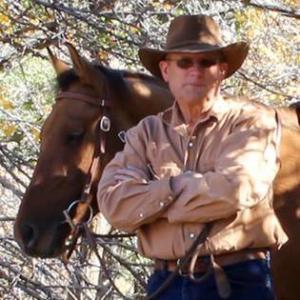 We are at a crossroads in America. I hope EVIL’S PROMISE reminds us of Rush’s commitment to defeat the left and their attempt to change America’s unique culture.”

UNITED STATES, December 16, 2022 /EINPresswire.com/ — In his first book, Russ Limbaugh – A Tribute: Why I Listen and What I’ve Done, Daniel O. Noorlander Jr. meticulously studied and scoured some 6,500 files over 30 years of Rush Limbaugh speaking, condensed them, and put together what he felt was the best of the best.

Since Rush’s death in February 2021, it has been Noorlander’s mission to keep the spirit of Rush’s message and teachings alive, by praising the efforts of the influential conservative radio host while bashing in no uncertain terms the philosophy and practices of the left wing.

The recently released EVIL’S PROMISE: Dooming People to Lives of Abject Misery is the second in a three-part series on what Rush taught for one-third of a century sitting behind the Golden EIB Microphone.

The new book’s subtitle is a quote from Rush and a theme he talked about often. It’s about the left’s attempt to take over America, how Rush felt about it, how to recognize leftist tactics, and how to defeat leftists and their ideology with education.

Noorlander describes himself as “an average American with only one credential for writing these books: I love Rush and what he teaches about preserving America as founded.”

Rush was unwavering in his defense of America against the left. This book focuses on what leftists oppose and why, and the author says it constitutes a warning from Rush to shun the left with everything you have and reject their attempt to regulate every aspect of your life.

“We are at a crossroads in America,” says Noorlander. “I hope EVIL’S PROMISE reminds us of Rush’s commitment to defeat the left and their attempt to change America’s unique culture. If leftists succeed, America will cease to be America as founded. And we will lose liberty and freedom forever.”

EVIL’s PROMISE is available on Amazon and other popular retail outlets where books are sold.

Daniel O. Noordlander suspects his experience with Rush Limbaugh’s award-winning radio program is similar to that of many readers, and he hopes his books reflect a shared feeling of gratitude for Rush and what he means to America. Noorlander listened to Limbaugh for 30 years, amassing files of some 6,500 segments of Rush. He meticulously studied and scoured his files, condensed them, and put together the best of the best in his first book, Rush Limbaugh–A Tribute: Why I Listen, and What I’ve Learned. This second book is another tribute to Rush and “what he taught about winning the battle for liberty and freedom.” Visit TributeToRush.com.