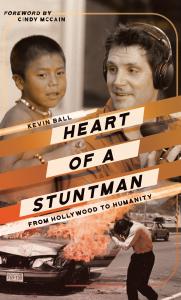 Heart of a Stuntman front cover 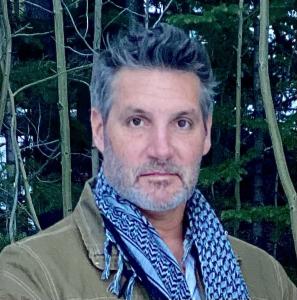 ORLANDO, FLORIDA, UNITED STATES, December 16, 2022 /EINPresswire.com/ — Kevin Ball enjoyed a highly successful career as a Hollywood stuntman–and then discovered that the action he really craved was where human beings struggled to survive. HEART OF A STUNTMAN brings his adventures as a humanitarian with NGOs to life. The release, with a Foreword by Cindy McCain, is the latest from Armin Lear Press.

Here is a taste of what Ball found in the field:

Cambodia is one of the most heavily mined locations on the planet. Clean water wells, medical facilities, and schools are often accessible only by a small foot path leading directly through a live landmine field. Deviation from these paths can lead to maiming or death.

A snowy runway in Kosovo, still pockmarked by war, accepted us onto its frozen tarmac. Littering the country, unexploded cluster bombs still threatened the citizens daily. The HALO Trust was in a desperate battle with the elements and with international governing voices to clear this deadly refuge of war.

The hidden village of K’ekchi’ Indians, deep in the jungles of Guatemala was desperate for dental care. International Health Emissaries invited us to help reach these people, spotlighting a frightening reality: When you can’t eat due to decaying teeth, you suffer a slow death of malnutrition. The dentists of IHE saved them.

Facial deformities and cleft palates afflict millions annually across the globe, but in rural areas of India, these abnormalities can be deemed a curse by the gods, bringing shame to a family and leaving children locked away for life. Operation Smile chose Guwahati, India, a place seldom visited international medical teams, to be a hub for free facial surgeries.

“Kevin has spent decades in front of and behind the camera on many Hollywood movies and TV shows, it has gifted him with an eye to tell the stories of those he comes across, and a voice to get his message heard. His goal is not only to introduce people to the true definition of the word humanity but also to invite them to step through the doors that life opens and to bravely see the world through others’ eyes.”

–from the Foreword by Cindy McCain, humanitarian, businesswoman, diplomat

Kevin Ball’s career as a professional stuntman spanned over thirty years and it helped to prepare his mind and body for the hurdles of filming NGOs in developing nations, as well as giving him years of experience both in front of and behind the camera. Kevin decided to take his skills and advocate for those doing great things in the name of humanity. Since his first trip in 2007 to the K-5 mine belt in Cambodia with Freedom Fields USA and the international humanitarian demining group, The HALO Trust, he hasn’t looked back. As of 2022, Kevin has had boots on the ground supporting NGOs in over thirty-five countries and has worked with the World Food Program, Operation Smile, The HALO Trust, International Health Emissaries, GUA Africa, Global Action for Children, and more. Acting as the personal film crew for Cindy McCain on her humanitarian missions, Kevin, with the assistance of his stunt buddy, John Evanko, accompanied her to Southeast Asia to document segments to be used during John McCain’s run for Presidency of the United States in 2008. They then continued to travel with her, documenting her benevolent actions.

Armin Lear was founded with the purpose of publishing books connecting people with ideas that make our lives richer, more fulfilling, and happier. Its founders have 30 years of publishing experience. The company headquarters is near Boulder, CO with a production office in Arlington, VA and a design team near Boston, MA. Armin Lear is a member of the Independent Book Publishers Association and distributes its books worldwide in English through Ingram.

TITLE Heart of a Stuntman

SUBTITLE From Hollywood to Humanity