KANGAROOS ARE NOT SHOES 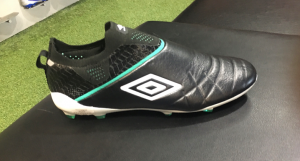 On the Eve of the First Semi-Final Match, World Cup Players Scoring Shows Players with Kangaroo-Based Shoes Have Almost No Impact

As these World Cup scoring statistics make plain, soccer players are drawn to cleats made from human-made fabrics, not kangaroo skins.”

WASHINGTON, D.C., UNITED STATES, December 12, 2022 /EINPresswire.com/ — In a preliminary assessment of scoring from all matches played in the 2022 World Cup in the run-up to the semi-finals, players wearing shoes made from human-made fabrics dominated the scoring, with 150 goals.

That’s the analysis from officials at the Center for a Humane Economy, a Washington D.C.-based non-profit dedicated to advancing animal-welfare issues in the corporate sector.

Players wearing shoes made from kangaroos scored only eight goals, revealing that the world’s players, primarily as a matter of performance, have been shedding the skins of kangaroos in favor of higher performance shoes.

Nike, Adidas, Mizuno, and other athletic wear companies offer dozens of models made from the skins of the marsupials who are one of the iconic mammals of Australia, while also offering a larger line of shoes that do not require killing native wildlife in mass numbers. In all, the Center determined that the vast majority — more than 95% — of all World Cup goals made this year are from players wearing shoes from man-made fabrics, and just 5.4% from kangaroo-based shoes.

The vast majority — more than 95% — of all World Cup goals made this year are from players wearing shoes from human-made fabrics.

“When it comes to performance, kangaroo leather cleats are clearly outmatched,” said Natasha Dolezal, senior legal advocate with the Center and editor of the website Kangaroos Are Not Shoes. “Despite the sportwear industry’s decades-long hype about the unmatched performance of kangaroo leather soccer cleats, it turns out that more players are choosing modern, human-made materials for better performance. It is long past time for Nike and these other companies to stop sourcing kangaroo skins and driving the mass killing of these animals in their native habitats.”

The kangaroo industry in Australia engages in the largest commercial slaughter of land-based wild animals in the world. Each year, around two million wild kangaroos are gunned down in their native habitat to primarily provide their skins to Nike and Adidas to manufacture underperforming cleats. Kangaroo-based cleats make up an estimated 70% of the demand for leather, while pet food accounts for the largest remaining share. Three years ago, the Center for a Humane Economy announced its “Kangaroos Are Not Shoes” campaign to urge the major athletic shoe companies to stop using kangaroo parts in their soccer cleats or football boots.

As horrific as the shooting of millions of adult kangaroos is, the abuse visited on hundreds of thousands of baby kangaroos – joeys – each year is even worse. The defenseless young animals are yanked from the pouches and killed by blunt force trauma to the head after their mothers have been shot, often with a violent swing against the side of a car or other solid surface.

“As these World Cup scoring statistics make plain, soccer players are drawn to cleats made from human-made fabrics, not kangaroo skins,” said Wayne Pacelle, president of Animal Wellness Action and the Center for a Humane Economy. “Animal welfare values and optimal performance are aligning on the biggest soccer stage in the world, showing how archaic shoes made from the skins of wildlife are in 2022.” A decade ago, Nike promised to do away with its kangaroo-sourced products, but it has reneged on that explicit pledge. Adidas and others continue to drive the killing of kangaroos for shoes generally shunned by elite athletes in the sport.

Nike’s Mercurial line (57 goals) boasts the most goals with cleats made of synthetic fiber used by NASA that are incredibly thin yet strong and flexible. Many consider Mercurials to be the lightest and fastest cleats available. Another line of synthetic boots — the Adidas X range — comes in second with 33goals. The obvious loser of the tournament are cleats made with kangaroo skin — Nike’s Tiempo (four goals) and Adidas’ Copa Sense (two goals), along with Mizuno’s versions (two goals) came in at the bottom of the score sheet. It’s worth noting that Adidas will no longer use kangaroo leather in their 2023 Copa cleat.

This is not the first world-class tournament to show these kinds of numbers. At the European Football (soccer) Championships in 2021, kangaroo skin shoes tightly swathed the feet of a substantial number of the world’s most elite players. But from our prior analysis, conducted with partner groups in Europe, it’s clear that the shoes didn’t improve performance. In the month-long tournament, players wearing Nikes scored 73 out of 123 total goals. But 72 out of 73 came from models made of Flyknit, a synthetic material. Only one goal was struck with a Nike shoe made from kangaroos.

In 2021, U.S. Representatives Salud Carbajal, D-Calif., and Brian Fitzpatrick, R-Pa., introduced the Kangaroo Protection Act, which would forbid the sale of kangaroo parts in the U.S. California has a similar law, and the Center for a Humane Economy and its partners are working hard to see that it’s properly enforced.

The Center for a Humane Economy is a non-profit organization that focuses on influencing the conduct of corporations to forge a humane economic order. The first organization of its kind in the animal protection movement, the Center encourages businesses to honor their social responsibilities in a culture where consumers, investors, and other key stakeholders abhor cruelty and the degradation of the environment and embrace innovation as a means of eliminating both.

Animal Wellness Action is a Washington, D.C.-based 501(c)(4) organization with a mission of helping animals by promoting legal standards forbidding cruelty. We champion causes that alleviate the suffering of companion animals, farm animals, and wildlife. We advocate for policies to stop dogfighting and cockfighting and other forms of malicious cruelty and to confront factory farming and other systemic forms of animal exploitation. To prevent cruelty, we promote enacting good public policies and we work to enforce those policies. To enact good laws, we must elect good lawmakers, and that’s why we remind voters which candidates care about our issues and which ones don’t. We believe helping animals helps us all.