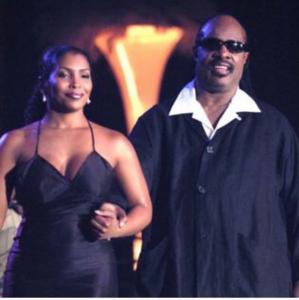 Songstress Kimberly Brewer has been performing with Stevie Wonder for years. 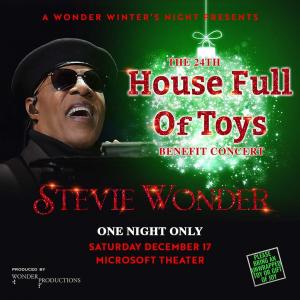 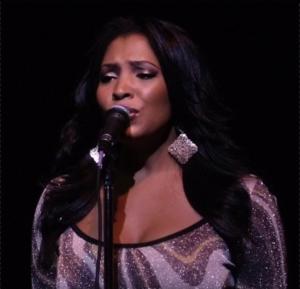 The 24th annual benefit concert will not only be full of toys, but also full of many surprise performers

I was pleasantly surprised when Stevie himself called me to ask if I would perform with him at the “House Full of Toys” charity event.
It was such an honor to record “I Love You More” with him.”

LOS ANGELES, CALIFORNIA, UNITED STATES, December 13, 2022 /EINPresswire.com/ — Multi-genre singing sensation Kimberly Brewer, long time friend and colleague to musical icon, Stevie Wonder, will be shining like the bright star she is as they perform a beautiful duet together in front of an eager crowd for the 24th annual House Full of Toys benefit concert and toy drive.

The star-studded show takes place in Los Angeles on Saturday, December 17th at the Microsoft Theater at L.A. Live. Like previous House Full of Toys benefit concerts, the full line up of performers is not announced until the night of the show. Not only does that create even more excitement and anticipation, but it also sets the tone for the beautiful Kimberly Brewer to light up the stage with her magical and memorable vocals.

With over three decades of experience in the entertainment industry, Brewer is no stranger to any of this and has toured the world and recorded on three albums with the legendary Stevie Wonder, including “If She Breaks Your Heart,” a solo feature for his Motown soundtrack to director Spike Lee’s “Jungle Fever.” The dynamic songstress has been on concert tours between 2002-2004 with the incredible group Earth, Wind & Fire (etched in stone on their DVD Live in Montreux), recorded with Teena Marie, toured for two years singing en Español in support of Spanish superstar Julio Iglesias, k.d. lang, Vanessa Williams, Will Downing and June Pointer, co-wrote songs for musical sisters Lynne Fiddmont , “Tasting Sunshine”) and Maysa “Mr. So Damn Fine”, a co-write with pop rocker Robbie Nevil “Tailor Made Love”, and a co-write with Wonder entitled, “Have Sweet Dreams,” which was lyricized from the point of view of Michelle Obama lovingly sending her husband President Barack Obama to sleep with thoughts of her admiration and affection for him (recorded by Maysa). Brewer was also part of an onscreen all-star blues band that included the late, great, Billy Preston and bass legend Lee Sklar in the action flick “Ticker” starring Dennis Hopper and Steven Segal (the actor/singer with whom she also recorded & performed).

Brewer is excited about the evening and enthusiastically said, “It was such an honor to record “I Love You More” with Stevie Wonder. I feel so blessed to have been able to perform it at the White House as well. It’s such a beautiful song. To sum up the true meaning of the song, from my point of view, it conveys the sentiment that with all of the wonderful things surrounding the Holy Day and holiday season, that I Love God more than anything, after all “Jesus is the reason for the season”!

Brewer has known Wonder since 1989, prior to that time and after, she has done so much for the music world. With an angelic voice and captivating stage presence, Brewer truly understands the meaning of creating wonderful and long lasting memories for those who listen to her music and see her perform. When asked how she feels about the R&B legend, she explained, “It’s been such a pleasure and an honor to work with Stevie Wonder. I grew up listening to him. When I auditioned for him many years ago, I was so prepared because I was that little girl using my hairbrush as a microphone looking at myself in the mirror as I sang Stevie Wonder songs! When you’re able to get paid to do what you love to do, it’s like you get paid to play with your friends.”

The 24th annual House Full of Toys is an event that is anticipated and talked about long after the show is over. During the history of these spectacular shows, Wonder plays his global hits and collaborates with a plethora of noteworthy guests. In a recent press release, Wonder says, “Today, more than ever throughout the world, we are challenged with many issues…social, political, economic and spiritual, but that must not stop our opportunity to give and share in the spirit and reason for the season. I am as always overjoyed to again present the celebration of House Full Of Toys.”

Tickets are $59.50-$89.50 and are on sale now at AXS.com. Attendees are encouraged to bring a new, unwrapped toy, which will be collected by staff at the door on behalf of Wonder’s non-profit, “We Are You Foundation”. The toys will then be distributed to families in need within the Los Angeles area.

Brewer’s publicist, Desirae L. Benson says, “It’s a great night to give back while enjoying a power-packed and star-studded show. Kimberly Brewer is going to blow the crowd away in her usual fashion with her amazing and soul-stirring vocals. It’s going to be a very exciting night for all of the attendees. Anything involving a musical legend such as the incomparable Stevie Wonder, is sure to leave a positive and lasting impression on us all.”