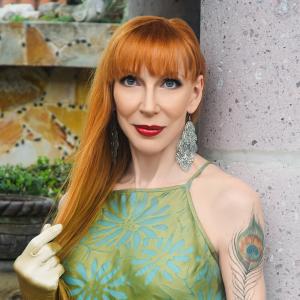 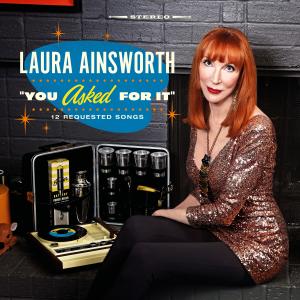 Laura Ainsworth’s new album of fan requests, “You Asked For It” 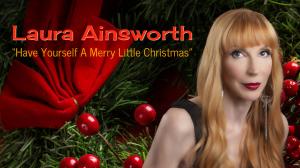 Video of Laura Ainsworth’s “Have Yourself A Merry Little Christmas”

Award-winning retro-jazz vocalist Laura Ainsworth celebrates the holiday release of her fourth studio album, “You Asked For It,” and her first Christmas single.

A brilliant interpreter of song…Laura Ainsworth is one of the most talented and entertaining vocalists – of any genre or era – on the music scene today.”

So when XO Publicity, which is promoting her newly-released fourth album of new material, “You Asked For It,” requested that she cut her first Christmas song for radio, she said, “I needed exactly 0.000001 second to decide what it would be: my favorite Christmas song of all time, ‘Have Yourself a Merry Little Christmas!’” And of course, being such a musical archeologist, it had to be the original bittersweet lyrics sung by Judy Garland in the 1944 film “Meet Me in St. Louis” rather than the more common, happy lyrics made standard by Frank Sinatra.

Ms. Ainsworth said, “Besides being such a beautiful melody and touching lyric, the feeling of it reflects my personal idea of what I enjoy for this time of year, with the emphasis on ‘together’ and ‘little.’ I like little Christmases that don’t get started at all (not even a hint) until after Thanksgiving and feature meaningful get-togethers with closest family and friends.”

“I also love that this song looks ahead, too, to better times when we’re not ‘muddling through’ quite so much. That hope is what I wish for everyone this year, and that’s where I think we’re headed.”

Ms. Ainsworth’s evocative rendition of the Christmas classic, with warm yet spare accompaniment by her pianist/producer Brian Piper and bassist Young Heo, is already receiving radio play from New York to Peru. It’s available on all major streaming and download platforms and an appropriately minimalist video on YouTube is quickly adding views and positive comments (One listener simply wrote, “Wow. Awesomely beautiful.”)

Her love of the Great American Songbook is in her DNA. As the daughter of big band sax and clarinet prodigy Billy Ainsworth, who quit college to join Tommy Dorsey’s Orchestra at 17, Ms. Ainsworth grew up in elegant showrooms, watching her dad back such legends as Ella Fitzgerald, Mel Torme and Tony Bennett. Bringing the romance, elegance, class and beauty of that experience into modern times became her mission.

Once the holidays pass, Ms. Ainsworth plans to return to promoting “You Asked For It,” a new collection of songs requested by fans. It’s racking up critical raves, including a “Best of the Best of 2022” honor from the international radio show/podcast “Cocktail Nation” for her sultry lounge jazz reinvention of the 007 theme “Goldfinger.” But she already has something unusual in mind for next Christmas.

She said, “While I was in the studio, I cut an alternate version of ‘Merry Little Christmas’ featuring the really original lyrics that Judy rejected as being too sad. I couldn’t get the rights to release it because it’s never been published. But I have a whole year to work on it. Stay tuned!”

“Have Yourself A Merry Little Christmas” by Laura Ainsworth

A celebrity and The Aerospace Professor; a memoir detailing how Hidden Figures remain, and mutual southern roots