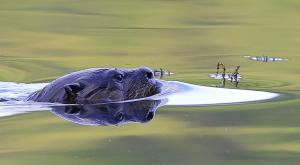 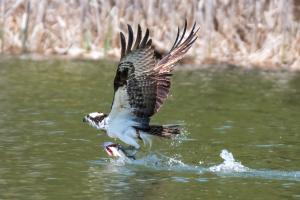 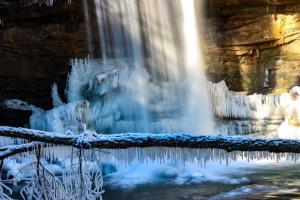 The Pennsylvania Parks and Forests Foundation unveiled the winners of its 2022 photo contest on its Facebook page.

CAMP HILL, PENNSYLVANIA, THE UNITED STATES, December 12, 2022 /EINPresswire.com/ — Pennsylvania’s state parks and forests are home to more than 7,100 miles of streams and 154 lakes, both natural and manmade, and enjoyed for a wide variety of recreation.

The 2022 Photo Contest theme – Clean Water and Forested Ecosystems – gave photographers the chance to show how healthy waterways for swimming, fishing, and boating, and clean water are essential to all living things.

With categories like Forests, Water is Life, and Raindrop to River, photographers explored the relationship between healthy forests and water quality.

The nearly 600 photo submissions meant the panel of judges needed to make some tough decisions when selecting the winners.

PPFF’s Facebook followers also voted for their favorites in the People’s Choice Awards.

“We applaud all of the photographers that entered the contest,” said Marci Mowery, President of the Pennsylvania Parks and Forests Foundation. “The quality of the images and the photographers’ abilities to capture moments in Pennsylvania’s parks and forests is commendable.”

This year’s Judge’s Choice Best in Show went to Jeffrey Sidle with an otter image from Promised Land State Park.

Jeff spotted an otter for the winning photo while scanning the water and shoreline from afar. In stealth mode, he relocated to a better vantage point. Hidden in the woods that blocked the wind, making the “water as smooth as glass and the color of green leaves reflecting off the water,” Jeff caught the serene scene.

“My focus was on the closest otter and I was rewarded with an image that I will always be proud of and now many more people will also be able to enjoy!” He says.

You can view the winners and all the 2022 Clean Water and Forested Ecosystem Photo Contest submissions on PPFF’s Facebook page: https://www.facebook.com/PennsylvaniaParksAndForestsFoundation/photos_albums

The 2023 PPFF Photo Contest will be announced soon. Stay tuned for the Call to All Photographers announcement with the theme and categories!