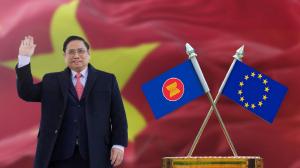 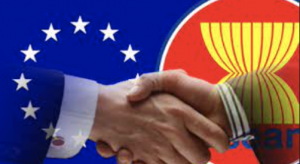 Covid pandemic & war in Ukraine have had a profound impact on EU member states economies as well as EU’s strategic implementation roadmap in the Indo-Pacific.

BRUSSELS, BELGIUM, December 10, 2022 /EINPresswire.com/ — The current situation is prompting policymakers in Brussels and in member states capitals, to urgently look for solutions to stabilise the economy and to maintain Europe’s position in geostrategic regions.

On the eve of the EU-ASEAN Summit opening on December 14, 2022, the European External Action Service has issued the Action Plan for the ASEAN- EU Strategic Partnership for the period of 2023-2027. The plan outlines four areas of cooperation that need to be promoted, whilst emphasising the two main priorities: economy, trade, and security policy.

The need to strengthen EU cooperation with ASEAN countries comes in the context that European member states are still not completely free from the effects of the pandemic. At the same time, they also face a new strategic competition in the multiple contexts of armed conflict, climate change, a food security crisis, energy security and economic recession.

EU cooperation expectations with ASEAN members in terms of economy and trade seem to be just the starting point for strategic cooperation on security and defence policies with the ASEAN in particular and the Indo-Pacific.

Among ASEAN countries, Vietnam would be a key priority, promoting economic and trade relations between ASEAN and the EU.

VIETNAM – A BRIDGE CONNECTING ASEAN AND THE EU.

Vietnam has the potential – and the will – to be a Southeast Asian country that plays an important role in the relationship between the EU and ASEAN. This is a statement made by politicians, analysts and businesses in European countries on the eve of the EU-ASEAN Summit.

Regarding Vietnam’s role in the relationship between the EU and ASEAN, Senator Andries Gryffroy, Permanent Vice President of the Belgian Senate, said that: Vietnam has an important geostrategic position in the Indo-Pacific.

“Vietnam’s economy is currently an important link in the supply chain and economic value of the ASEAN with many advantages such as: a stable macro environment, a dynamic economy, an increasingly open consumer market, a stable political background, consistent in economic development and foreign investment policy.”

Following a trip in Vietnam in November, Gryffroy expressed his surprise that the highway system in Vietnam has grown strongly in the past 3 years,: he noted particularly the number of electric cars and motorbikes on the roads.

Vietnam – EU relations are currently considered to be at a historical high. Vietnam and the EU currently have a very deep relationship, with many cooperation frameworks, typically the EU-Vietnam Free Trade Agreement (EVFTA) which took effect from August 1st, 2020.

According to data from the European Institute for Asian Studies, the EU is Vietnam’s leading trading partner and both the third largest export market and the fifth largest import market of Vietnam.

The EU is currently the 5th largest foreign investor in Vietnam with a total registered capital of $27.6 billion.

Explaining Vietnam’s bridging role between ASEAN and the EU, Jeroen Cooreman, Director General in charge of bilateral relations, the Belgian Ministry of Foreign Affairs said that, within the framework of the EU-ASEAN Summit, the Vietnamese delegation led by Prime Minister Pham Minh Chinh would commit to Vietnam’s orientation on renewable energy development, green and sustainable development, digital transformation.

These commitments had been announced by Chinh at the COP26 Conference held in Glasgow last year. This is in line with Belgium’s priorities as well as the EU Agenda.

From the perspective of trade organisations such as the Flanders Chamber of Commerce and Investment from Belgium the Vietnamese market has a young population and is an attractive destination, leading European investors, especially in sectors such as clean technology, food, beverage and logistics.

Director of Belgian Chamber of Commerce Vlaams-Brabant, Daniel Vandenberghe said: “Vietnam is a potential market and Belgian businesses in particular as well as European businesses need to diversify their markets. We need to be present not only in Africa, Eastern Europe but also in this exciting part of the Southeast Asia.”

Investing in the development of port infrastructure and services in Vietnam for many years, Marc Stordiau, Managing Director of the International Port Construction and Investment Company (IPEI) Belgium, said that in the coming time, he would promote the export of Vietnamese products to Europe, especially agricultural products.

A TURNING POINT FOR EUROPEAN COUNTRIES

According to the Autumn 2022 Economic Forecast of the European Commission the risk of economic recession is facing the 27 member states.

In 2023, GDP growth in both the EU and Eurozone is forecast at just 0.3%. In addition, continuous increase in price pressure has shifted the inflation peak to the fourth quarter of 2022, causing the full-year inflation rate to reach 9.3% in the EU and 8.5% in the Eurozone.

The economy falling into a gloomy period is not the only difficulty for European countries but also the increasing competition from the Western allies in strategic regions that the EU prioritises, especially in the Indo-Pacific. A recent study by the German Institute for International and Security Affairs pointed that the EU’s priority to promote multilateralism is becoming difficult as some Indo-Pacific countries such as the US, Australia and India increase competition and gain influence in this region.

Moves by the US, Australia and India could develop new regional security architecture in the Indo-Pacific that does not conform to the standards of multilateralism. The maintenance of international order, rules-based multilateralism, and international law are increasingly seen as secondary.

The risk of the formation of blocks and a bipolar order in the Indo-Pacific has become increasingly apparent as the US-China rivalry has intensified over the past several years with security policy of the US, Australia and India in the Indo-Pacific showing a tendency to ignore the role of the EU and its member states.