Tania Estrada a latina on top of the show 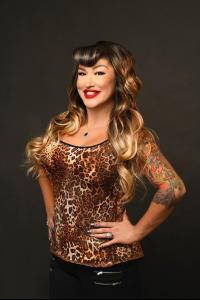 Tania Estrada at the Laugh Factory Billboard and Marquesine 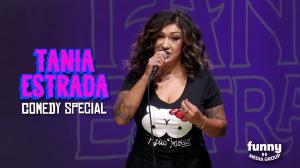 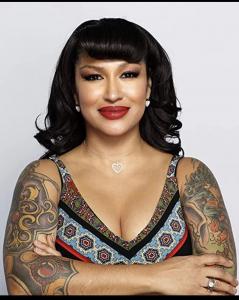 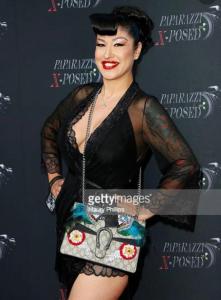 Tania Estrada had a great year of professional achievements and keeps on walking her path as the new queen of comedy.

I love to keep on growing and I’m thankful of new opportunities on my way, I feel blessed and I have NO intentions to look back”

LOS ANGELES, CA, UNITED STATES, December 7, 2022 /EINPresswire.com/ — The comedian Tania Estrada, Award Winner of the Best Independent Female Comedian Award at the 2019 HAPAwards (Hollywood African Prestigious Awards). Now she is crowned as the new Queen of Comedy by CHICANO HOLLYWOOD. She is the First Latina to join Latin Kings of Comedy and ending the year with a billboard on Sunset Blvd at her home club The World Famous Laugh Factory in Hollywood. Chicano Hollywood acquired, early this year, the brand Latin Kings of Comedy and then decided to add on women to the brand, being the first time in history that this has happened, giving Tania a place in comedy unprecedented in the institution.

The President of Chicano Hollywood Johnny Murrillo stated “We are excited to bring on Tania Estrada as the New Latin Queen of Comedy. Her contribution to entertainment as a comedian actress and musician along with the fact that she is always a pleasure to work with has made her the perfect choice to join such a prestigious and legendary brand.” The Kings and Queens of comedy are Dennis Gaxiola, Johnny Sánchez, Gilbert Esquivel, Juan Carlos, Cat Alvarado bringing along the party Dj Rob Cervantes.

This year 2022 she was welcomed to join the illustrious business owners of West Hollywood as the newest member of the West Hollywood chamber of commerce, due to her success at the Laugh Factory to reinforce ties with the West Hollywood city. As a result of her great talent and persistent achievements she is also slated for a residency in Las Vegas Spring of 2023.

Tania Estrada, is a successful comedian who in turn is also the creator of hilarious compositions such as El día de la Sancha, and Mexican Fruit Stand Man, among others. She has also performed as the main hostess on the stage of Lucha Vavoom at the Mayan Theater in the city of Los Angeles in the 20 years of history of Lucha Vavoom, after hosting she got promoted to Ring Announcer too.

Current Radio Personality Comic at the Kevin Hart Hartbeat Studios with Comedian Earthquake Season 4 to start back at Season 5 You can hear her on Quakes House on the Kevin Hart LOL network on Xm SIrius Channel 96. As well as being seen on her comedy special “Quarantined in East LA” is currently available on YouTube and was produced by Funny Media Group.