How Bubba Wallace Can Make 23 In ’23 A Possibility

After having back-to-back career years in the NASCAR Cup Series, 23XI’s driver of the No. 23 Bubba Wallace can make 23 in ’23 a possibility.

Bubba Wallace is one of the most known drivers in the entire sport. Some people love Wallace, while others love to hate him, but one thing that cannot be denied is that he has the talent to be in the NASCAR Cup Series and compete for wins.

After leaving Chevrolet and Richard Petty Motorsports in 2o2o to join Toyota and the newly formed 23XI Racing with Joe Gibbs Racing driver Denny Hamlin and NBA legend Michael Jordan as the owners, Wallace’s young career has taken off to levels of success he hadn’t seen since 2014 in the Truck Series with Kyle Busch Motorsports.

During his sophomore campaign in the Truck Series, Wallace earned four wins, pushing his total in the top three NASCAR Series to five. After leaving Toyota and moving up to the Xfinity Series and then the Cup Series, Wallace only earned one win from 2015-2020 in NASCAR, and it was in a one-off Truck race in 2017 at Michigan for MDM Motorsports.

During Wallace’s first season with 23XI Racing and first season back with Toyota, Wallace had a career-high three top-five finishes, 62 laps led, while also earning his first-career win at Talladega. With his win, Wallace became the first Black driver since Wendell Scott in 1963 (58 years) to win a NASCAR Cup Series race.

After a career year, Wallace followed his best season with an even better season, earning yet another win in dominating fashion (Kansas II), grabbing his first career pole (Michigan), and earning career-highs in top-fives (five), top-10s (10) and leading 150 laps (more than his entire Cup Series career combined). Wallace also finished 19th in the points standings, while helping 23XI Racing and the No.45 move up two positions in the NASCAR Owners Championship to finish 10th overall.

Two-time NASCAR Cup Series Champion Joey Logano coined the phrase “22 in ’22” and the hashtag “#The22in22” this past season, which was a play on the number he currently drives (22), and the current year (2022). Although this clever play on words/numbers didn’t help Logano win his second Cup Series Championship, it opened up the possibilities for years to come for drivers to use a similar phrase in hopes to share some of the momentum Logano had during his Championship season.

Unfortunately for rivers like Daniel Suárez (99) and seemingly anyone in the Cup Series currently with a number over 35, this trend doesn’t seem to be in their favor. 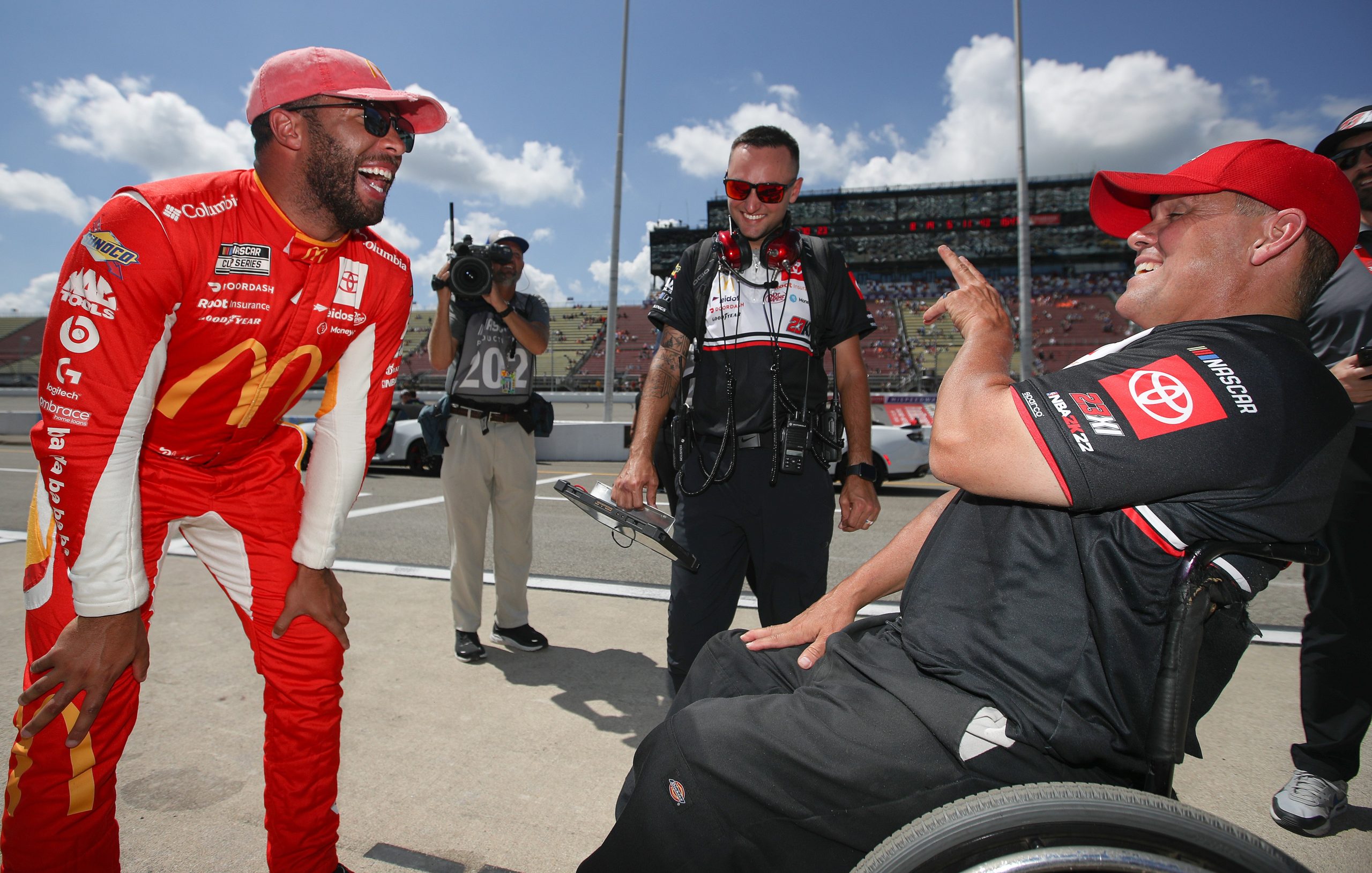 How Wallace Can Do It

Winning a Cup Series title sure isn’t easy, as only 35 drivers in 75 years have won at least one NASCAR Cup Series Championship. However, with NASCAR’s new Next-Gen car released this past season, anyone paying attention to the sport saw some things that seemed impossible.

The most notable thing from the 2022 Cup Series season that Bubba Wallace would have to replicate in order to have a chance at 23 in ’23 involves Ross Chastain.

No, not the several on-track incidents, the numerous enemies made throughout the season, or arguably the greatest moment in the sport’s history (his Martinsville wall ride). What Wallace would need to do is have the incredibly short turnaround Chastain had going from an average driver at best, into a superstar in just one season.

Chastain proved all of his haters wrong during the 2022 season, as the odds were against him from the start. For Bubba Wallace, he shares that similar trait with Chastain as two drivers who seemingly prove their haters wrong time and time again. However, in the eyes of some, Wallace’s two wins, eight top-fives, and 13 top-10 finishes in the past two seasons aren’t enough to gain their “respect” as a driver who can go out and compete for a win in each race and for a championship by season’s end.

In 2021, Kyle Larson won the Cup Series Championship and had 10 wins in one season, after only having one win since 2018 (won four races in 2017). Chastain went from Ryan Newman’s part-time injury replacement driver in 2020 to runner-up in the championship standings just two years later.

Bubba Wallace is a driver that has overcome adversity numerous times during his NASCAR career. Wallace is the only Black driver in NASCAR history to accumulate multiple wins in the sport, and has done so in two of the top three series (six Truck wins, two Cup wins). With a partnership with Toyota, Wallace has brought them to victory lane seven times out of his eight career wins in NASCAR’s top three series.

If Wallace wants to become the second driver in NASCAR history to win a Cup Series Championship during a year that corresponds to his car number, he will have to overcome adversity once again.

The blueprint is laid out for Wallace as the team approaches the 2023 season, and with the vast improvements shown by Wallace and the entire 23XI Racing organization, the 23 in ’23 is not an unreachable goal.