NHL Wish List At the Quarter-Mark of the Season 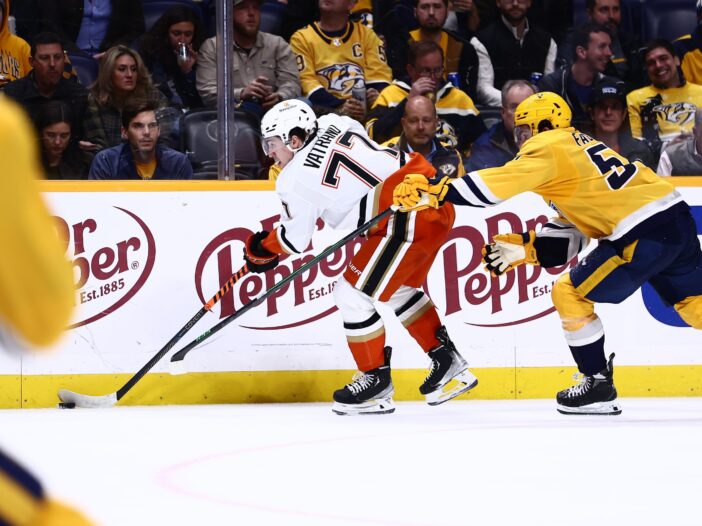 The 2022-2023 NHL season is just over a quarter of the way through, giving teams enough time to define their identities, strengths and weaknesses. With this in mind, and the holidays quickly approaching, fans might find themselves wondering, “What should my team ask for this holiday season?” Here is what a few teams should want to find under their tree this December.

Any team would be lucky to draft center Connor Bedard, a once-in-a-generation talent, but it is hard to imagine a more realistic landing spot for him. The Ducks have struggled this year, but Anaheim’s offense could drastically improve with the addition of Bedard. He, alongside centers Trevor Zegras, one of last year’s Calder Trophy finalists, and Mason McTavish, this year’s World Junior Championship MVP, could form one of the league’s most electric cores. The Ducks have a long road ahead of them, but Bedard could give the team a push in the right direction — and fans across the country a reason to stay up to watch West Coast games.

Last season, Edmonton proved the Oilers could still find success without consistent goaltending, as they reached the Western Conference Finals with Mike Smith as their starter. However, over the summer, the team decided to part ways with Smith to sign Jack Campbell in the hopes of taking the team to the next level. Campbell never needed to be perfect, as centers Connor McDavid and Leon Draisaitl are more than capable of scoring enough to compensate for even below average goaltending. However, Campbell’s performance through the first portion of this season has been disappointing, to say the least. This season, his goals against average is over 4 and his save percentage is just .875, in comparison to a goals against average of 2.65 and a save percentage of .913 throughout his entire NHL career. Edmonton is still managing to win games, but if the Oilers want a serious shot at winning the Stanley Cup this summer, they are going to need more from Campbell.

Left-winger Jason Robertson is having an undeniably remarkable season. He leads the league in goals, and only McDavid has more points than him. Robertson is also currently on a 16-game point streak, showing a whole new level of consistent production. He put up a 1-to-1 point-per-game season last season but now seems to be taking over the league. He is built to score, and at just 23 years old, he still has the potential to grow. Analysts and fans alike have identified him as an early Hart Trophy candidate. If Robertson keeps producing like he has so far, he will no doubt be a true Star in more ways than one.

It would be asking a lot of goaltender Igor Shesterkin to recreate his historic performance from last season. Shesterkin earned his Vezina Trophy and Hart Trophy nomination with a 2.07 goals against average and .935 save percentage. He consistently gave his teammates the chance to win games even when they were clearly outplayed, and he was the reason the Rangers outperformed expectations last season. This season, however, has been a different story. Shesterkin hasn’t been bad, but he has yet to find the form which once allowed him to consistently win games for his team. After Monday’s 5-3 loss to the New Jersey Devils, Shesterkin had harsh words for himself and blamed himself for the Rangers’ disappointing start to the season. The Rangers have a long history of relying on their goalies to stand on their heads to keep the team competitive, and Shesterkin’s slow start — by his own standard — has exposed what happens when the Rangers cannot count on their goalie to put on a Vezina-worthy performance every night.

After a rocky start to the season, things seem to be looking up for the Leafs. They were the team to finally snap the New Jersey Devils’ 13-game win streak, and right-winger Mitch Marner is currently on a streak of his own, recording at least a point in the last 17 games. Even though the team is now finding success, it’s hard to ignore a weakness that could cause some real issues for them. In just the month of November, Toronto has lost its top three defensemen — Morgan Rielly, TJ Brodie and Jake Muzzin — to injuries. While the rest of the team has compensated thus far for the significant absences, it’s worth questioning if this is a sustainable fix and if it is worth bringing in more depth on the blue line.

Erin Casey is a senior in the College. Breaking The Ice appears online and in print every four weeks.

Giants’ Sterling Shepard wants Odell Beckham back with team, but he still doesn’t know if it will happen

Giants’ Sterling Shepard wants Odell Beckham back with team, but he still doesn’t know if it will happen