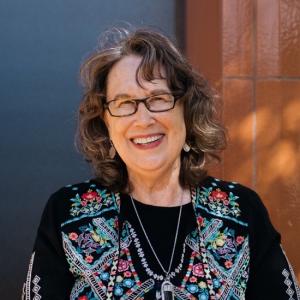 Monterey College of Law is honoring Dean Jan Marx on her retirement after leading the San Luis Obispo College of Law campus for four and one-half years.

Even if you disagree with someone . . . show genuine respect on a human level. This builds community and mutual trust, which is at the heart of a successful life in the law and in public service.”

SAN LUIS OBISPO, CA, UNITED STATES, December 2, 2022 /EINPresswire.com/ — San Luis Obispo College of Law will be honoring Campus Dean Jan Howell Marx on her retirement from the law school at a special event to be held at Taste Eatery on December 16, 2022. “The law school has been fortunate to have someone with Jan Marx’s reputation and skills lead our SLO campus for the past four and one-half years,” said Mitchel Winick, President and Dean of Monterey College of Law. San Luis Obispo College of Law is one of the four campuses that make up MCL’s family of nonprofit California Accredited Law Schools that each have their own campus dean. “Dean Marx brought her unique blend of leadership skills developed as a former university dean, mayor, attorney, non-profit leader, and community activist,” said Teri Goldner, chair of the MCL board of trustees. “Although Jan is a tough act to follow, she is leaving us in the excellent hands of Erica Flores Baltodano, a highly respected local attorney and community leader who will take over as campus dean in January 2023,” said Winick.

Dean Marx graduated from Stanford University with an Honors degree in English and received an MA from Columbia University in Medieval Literature. Prior to law school, she taught English in Community Colleges, served as an Assistant Dean of Graduate Housing at Stanford and then as Dean of Students at Scripps College. She earned her J.D. from University of Santa Clara School of Law, attending part-time while working and raising a family. As a work/study student in the Santa Clara County Counsel Office, Jan Marx helped research and write the winning U.S, Supreme Court Respondents Brief in ¬Johnson v. Transportation Agency (1986), a public employer, gender equity affirmative action case.

Starting out her San Luis Obispo legal career in insurance defense, she moved on to the District Attorneys’ Office. While serving in the DA’s Office, she was instrumental in forming the first free Temporary Restraining Order Clinic for victims of domestic violence, now housed in the Women’s Shelter. Returning to civil law, she established her own law firm and, for seventeen years, focused on real property, environmental, employment, elder abuse and estate planning law. She is past President of the Women Lawyers Association of San Luis Obispo County and former District representative to the California Women Lawyers Association. Recipient of the Outstanding Woman Lawyer of the Year 2017, she was named Community Foundation “Woman of Distinction” in 2019. Besides having served as a volunteer Arbitrator and Mandatory Settlement Conference and pro-tem Judge for SLO County Superior Court, she also has served as a Lawyer-Client fee arbitrator for the San Luis Obispo County Bar Association and a volunteer attorney for the SLO Legal Assistance Foundation.

While running her solo practice, she was elected to San Luis Obispo City Council in 1998, then again in 2008 and subsequently served as Mayor from 2010 to 2016. Re-elected to a four-year term on City Council in 2020, her fourteen years of service makes her the City’s longest-serving woman Council Member. Under her nonpartisan leadership, the City of San Luis Obispo has been universally recognized as an outstanding place to live, work, study, and play. She has fostered fiscal responsibility, infrastructure investment, economic vitality, pension reform, neighborhood safety, combatting climate change, addressing homelessness, and preserving a greenbelt around the urban core. She successfully guided the City out of the Great Recession of 2008 and actively supports diversity, equity and inclusionary policies. She is stepping down as Campus Dean due to her increasing civic responsibilities as the incoming President of the SLO County Integrated Waste Management Authority, Air Pollution Control Board Member, Representative of the cities of San Luis Obispo and Morro Bay on the Central Coast Community Energy Agency Board of Directors and Vice Mayor of the City of San Luis Obispo.

Her professional background, a rare combination of teaching, administrative, legal, volunteer and elected official experience, made her uniquely qualified to serve as Campus Dean of the San Luis Obispo College of Law. “I admire our hard-working and resilient students and am energized by their persistence while they juggle full-time jobs and families. I have enjoyed helping build the next generation of law students,” said Marx. As Campus Dean since 2017, she has counseled students–mostly midcareer as she was during her legal education–and helped them find internships and jobs in the local legal community. She also initiated a series called “Exploring Careers in the Law,” panel discussions featuring successful local attorneys, meeting first in person and then going virtual system-wide during the pandemic. She also established a scholarship fund for SLO College of Law students. As a professor, she taught Constitutional Law, Fundamentals of Law, and Women and the Law, as well as establishing the first Monterey College of Law Master of Legal Studies Thesis Program. When asked for a bit of parting advice to the students, Marx said, “Even if you disagree with someone, show genuine respect and do what you can to make relationships on a human level. This builds community and mutual trust, which is at the heart of a successful life in the law and in public service.”

Dean Marx lives in the City of San Luis Obispo with her husband, retired Cal Poly Professor, and current President of the Board of City Farm SLO, a nonprofit educational organic farm. They have two adult children and four teenage grandsons. A lifelong advocate of environmental preservation, recycling, and open space protection, she enjoys hiking in the outdoors, especially with their little Cavalier Spaniel Sophie.