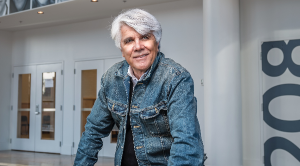 Alexander’s Second City organization launched the careers of dozens of comedy legends over the decades.

TORONTO, ON, CANADA, November 19, 2022 /EINPresswire.com/ — On Friday, November 18, former Second City CEO and executive producer Andrew Alexander was inducted into the Canadian Comedy Hall of Fame. The veteran producer, who ran the U.S. and Canadian comedy theaters from 1974 until his retirement in 2020, received the distinction at a Toronto gala held at the Fairmont Royal York’s Imperial Room.

“This award is a tremendous acknowledgment of the thousands of talented young actors and students who have found a home at Second City,” Alexander said in his acceptance address. “Comedy is as transformative and powerful as any art form.”

The Canadian Comedy Hall of Fame induction is the latest accolade for Alexander, following the Governor General’s Performing Arts Lifetime Achievement Award he received for his contributions to comedy and commitment to philanthropic causes.

Although the Hall of Fame induction could afford Alexander the opportunity to rest on his laurels, he is excited to be unveiling new creative and philanthropic projects in 2023. “Retirement isn’t going that well,” Alexander admits. “I don’t golf, fish, or play pickleball, but supporting and advising the talent in our comedy community is where my heart lies; that’s what keeps the heart beating.”