Rare relics and artifacts from multiple conflicts and generations will be auctioned December 17th by Mohawk Arms, Inc. 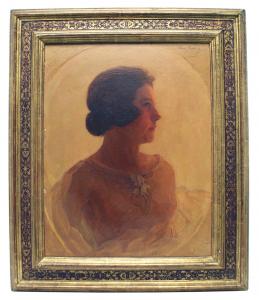 Oil portrait painting of Geli Raubel, the daughter of Adolf Hitler’s stepsister, commissioned by Hitler, who was smitten with her from their very first meeting in 1928 (MB: $7,500). 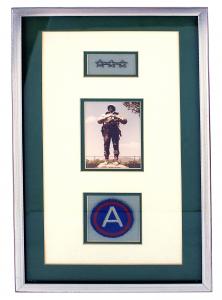 Framed three-star insignia worn by Gen. George S. Patton, Jr. during World War II, plus a photo of Patton when he visited West Point, and a US Third Army shoulder patch (MB: $1,500). 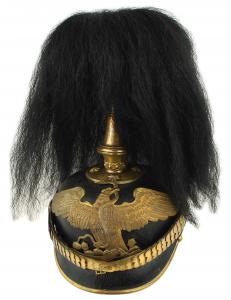 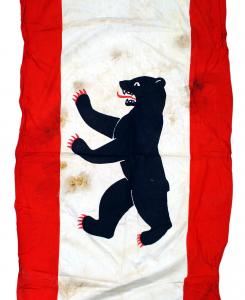 The auction will be held online and live at the Mohawk Arms gallery located in Bouckville, in upstate New York, starting promptly at 9 am Eastern time.

BOUCKVILLE, NY, UNITED STATES, November 19, 2022 /EINPresswire.com/ — Historically significant relics and artifacts spanning multiple conflicts and generations from several collections will come up for bid in an Internet and gallery auction scheduled for Saturday, December 17th, by Mohawk Arms, at 9 am Eastern time.

The catalog is brimming with items that will appeal to seasoned collectors and novices alike, online and live in the gallery on Route 20 in Bouckville, in upstate New York. The full catalog will be up soon, at www.MilitaryRelics.com, plus LiveAuctioneers.com and Invaluable.com.

Headlining the auction is the collection of Donald G. Brownlow, who arrived in Normandy with the second of American troops storming Utah Beach during World War II. By the end of the war, he’d won five Battle stars, was wounded at the “Bulge”, rose to the rank of Major and accumulated evidence used at the Nuremburg War Crimes Trials.

Items in Mr. Brownlow’s collection include a gold bullion Fuhrerstandarte, a 1910 signed Adolf Hitler watercolor with Peter Jahn provenance, a portrait of Hitler by Fritz Erler, a portrait of Geli Raubel, Hitler silverware and tableware, linens, porcelain, crystal, glassware, a signed letter and documents and personal items, as well as a “Deutschland Erwache” standard.

Perhaps the rarest item in the collection is the Third Reich Fuhrer Standarte, which was only flown when Adolf Hitler, the Fuhrer and Reichskanzler was present. The 39 inch by 38 inch rich red field features a stunning design of a black silk static swastika within a high relief gold bullion and gold leaf wreath. The Standarte, with letter of provenance, has a minimum bid of $50,000.

Adolf Hitler’s original watercolor painting of Schottenkirche on the Freyung (a part of old Vienna) is considered by the acclaimed authenticator Peter Jahn to be one of Hitler’s largest and best paintings, exhibiting his talent regarding architectural drawing. The painting is signed “A. Hitler” lower right and dated “1910”. It surfaced in 1974 and has a minimum bid of $12,000.

An oil portrait painting of Geli Raubel, the attractive daughter of Adolf Hitler’s stepsister, commissioned by Hitler, who was smitten with her from their first meeting in 1928 and leading up to her tragic death by suicide in 1931, has a minimum bid of $7,500. The 26 ¼ inch by 20 ¼ inch image presents a side profile of Raubel in a classic pose. The work is signed “Fritz Ehle”.

An attractive framed three-star insignia worn by Gen. George S. Patton, Jr. during World War II, plus a photo of Patton when he visited West Point, and a US Third Army shoulder patch (formerly under the command of Gen. Patton) has a minimum bid of $1,500. The collar insignia were acquired by a friend of Mr. Brownlow’s in 1945, who was a tailor for Eisenhower’s staff.

A perfect example of a classic Confederate “dog-river” Cavalry sword, having a straight type brown leather grip wrapped with iron wire and a 34-inch curved blade that has a fuller which disappears into the ricasso, has a minimum bid of $1,000. The small brass throat is scratched with Roman numerals “XLVIHI” and the scabbard was painted silver about a hundred years ago.

A 1936 Olympics Berlin Bear street banner measuring 73 inches by 31 inches, with the traditional black standing 23 inch by 12 ½ inch Berlin Bear occupying the center, has a minimum bid of $250. The banner is accompanied by the original 1955 donation letter to “Clarence R. Rungee / The International War Flag Museum”, concerning the request of a flag for Berlin.

A Japanese antique wakizashi with 18 ½ inch curved delicate blade, gray with black splotches and gold “cat’s paw” scratched habaki, has a minimum bid of $950. The piece has an unusual engraved tsuba, with a sage and tiger (the face, hands and tiger are gold). The reverse is engraved with images, one of which appears to be a shark. The wood scabbard has a tortoise shell pattern.

Mohawk Arms’ next big Internet and catalog auction after this one is planned for the spring of 2023, probably sometime in April. The company typically conducts two large sales annually.