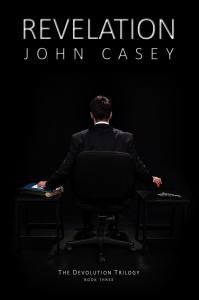 REVELATION: Book 3 of The Devolution Trilogy 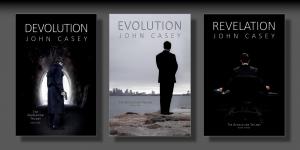 The Devolution Trilogy by John Casey 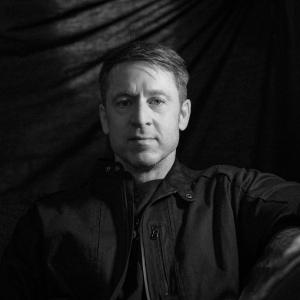 “One of the best international spy thrillers you’ll read this year, or frankly, in any year.” —U.S. AMBASSADOR LUIS MORENO

Revelation is a high-concept black ops thriller; an explosive and chilling postmodern spy novel that highlights the emergence of cyber as a new front in both traditional and asymmetric warfare.”

SAN ANTONIO, TX, UNITED STATES, November 17, 2022 /EINPresswire.com/ — Author John Casey‘s highly anticipated conclusion to The Devolution Trilogy, REVELATION, will be released on 1 December by PHiR Publishing. Casey launched the spy thriller series in 2019 with the publication of DEVOLUTION, which introduced readers to Michael Dolan, a stoic perfectionist and former special operations pilot working a staff job at the Pentagon. Due to a close relationship from his past with a key person of interest, Dolan is recruited by the CIA to help prevent impending terrorist attacks in Europe. He is a flawed, but uniquely skilled protagonist who relies heavily on instinct. In EVOLUTION, terrorists have launched a bioweapon in the Middle East, thousands are dying of a horrifying virus with no cure, and Dolan is the key to preventing more attacks.

In REVELATION, Michael Dolan is now leading the CIA black operations team formerly known as SCALPEL, his fortunes buoyed by unparalleled success in thwarting numerous terrorist attacks worldwide. After uncovering a sinister network of organizations planning a cyberattack with global financial and geopolitical implications, he must risk putting the world at war if he is to save it. As much a political thriller as it is a spy thriller, REVELATION takes place in the near future and much like the first two books, weaves actual current events into its plot and subplots.

Luis Moreno, a former U.S. Ambassador who was instrumental in planning the hunt and takedown of notorious Colombian drug lord Pablo Escobar, says this of REVELATION: “Casey wraps up his signature trilogy with a sleek and sophisticated page turner… Replete with political and diplomatic intrigue and global cyber and economic stratagems.”

Doctor Dan Schleuter, a noted theologian from Texas and author of In The Crucible, calls REVELATION “A superbly written, spellbinding spy thriller that deftly conjoins the threat of global cyberterrorism with a nuanced, yet apocalyptic storyline. Revelation grips and does not let go.”

No stranger to the diplomatic world himself, Casey pulled from his experiences working for the Defense Intelligence Agency and in other diplomatic and international affairs capacities to craft the compelling series: “When I began writing The Devolution Trilogy, I wanted to create a story where the depth and complexity of the main character, Michael Dolan, were just as compelling and important as the plot. As spy thrillers go, this series has everything readers of the genre crave: action, suspense, cliffhangers and mystery. What makes the story so unique (and that much more captivating), however, is Dolan’s dark and labyrinthine psychological struggle as he navigates the challenges of his top-secret missions while confronting the demons of his past.”

Fans of Robert Ludlum’s The Bourne Identity will appreciate the internecine struggle and cryptic complexity of protagonist Michael Dolan, as will fans of Tom Clancy’s Patriot Games who savor a page-turner about an unlikely spy thrust into adversity, only to emerge the strongest and most capable of them all.

REVELATION will be available worldwide in paperback, hardcover, and all eBook formats. Tom Campbell, who masterfully narrated both DEVOLUTION and EVOLUTION, will also narrate the audiobook for REVELATION, which will be released in early 2023 via Audible, Apple Books (iTunes), Nook, and over 40 other outlets.

REVELATION can be pre-ordered here, along with DEVOLUTION and EVOLUTION: ORDER HERE

JOHN CASEY is a novelist and Pushcart Prize-nominated poet from New Hampshire. In addition to The Devolution Trilogy, Casey authored Raw Thoughts in 2019, a compelling and mindful fusion of poetic and photographic art that garnered noms for the Griffin Poetry Prize and National Book Award. PHiR Publishing released his sequel, Meridian: A Raw Thoughts Book, in 2021. Casey’s poetry has appeared internationally in numerous literary journals and magazines. He is a Veteran combat and test pilot with a Master of Arts from Florida State University who served as a diplomat and international affairs strategist at U.S. embassies in Europe and Africa, at the Pentagon, and elsewhere. He is passionate about fitness, nature, and travel and inspired by the incredible spectrum of people, places and cultures he has experienced in life.

GCC Mobile Payment Market Estimated to Exceed US$ 85.1 Billion By 2027