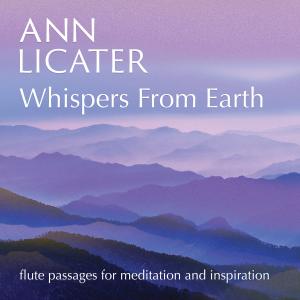 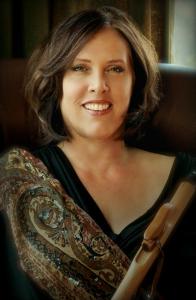 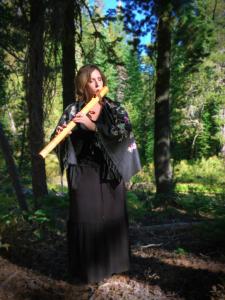 Walking in nature…the subtle and bold beauty of rose gardens, bamboo forests, gentle waves and sunlit pathways colored the sound, texture and feeling tone of the collection of tracks I created.”

LOS ANGELES, CA, USA, November 17, 2022 /EINPresswire.com/ — Fifteen years after the release of Ann Licater’s breakthrough debut solo wood and clay flute album Following the Call, she again returns to her roots with a focus on solo-inspired compositions that evoke stillness and peace inspired by walks in the natural world. Whispers from Earth is the sixth album on the artist’s independent record label Cul de Sac Mystic Productions. Visit www.AnnLicater.com

“Walking in nature experiencing the subtle and bold beauty of rose gardens, bamboo forests, gentle waves and sunlit pathways colored the sound, texture and feeling tone of the collection of tracks I created. Each one expresses something I felt in that quietude and connection. Recalling visits to the Sequoia National Forest and performing in the forests of Lake Tahoe—both in California—were influences, too,” says Licater.

Music writer Jonathan Widran (JWVibe.com) notes, “In many ways, those whispers Ann shares via her Native American style flutes, Native American flutes, folk flute and Mayan-style drone flute sweep through us as the breath of life itself, giving flight to hope and dreams beyond the day to day.”

These flute passages for meditation and inspiration were inspired by Licater’s walks in nature—specifically at The Huntington Library, Art Museum and Botanical Gardens, in San Marino and stretches of the Pacific Coast in Laguna Beach and Malibu—all in California. She thinks of the album as “a 45-minute inner journey” perfect for a walking meditation, a lunchtime listening escape, or anytime one wants to center one’s self.

Whispers from Earth debuted on radio with five tracks on the “Deep Flutes” program (airing 11.11.22) on Hearts of Space, a syndicated radio show that is heard by approximately 200,000 listeners per week on 176 National Public Radio (NPR) stations.

Radio focus tracks for the album include “Peaceful Prayer,” performed on Native American-style flute and available as a free downloadable and early access streaming track on select platforms with a pre-sale offering; and “Luminous Morning” featuring Ann on both grand piano and Native American flute.

Reflects Licater, “I revisited the piano and my love for improvising on it. I perform both instruments in this piece, so this combination will be something new for my listeners. I named it ‘Luminous Morning’ as it feels so joyful to me—reminiscent of fluttering wings in a garden or sunlight bouncing off of ocean waves.”

Whispers from Earth is the most recent release on the artist’s Cul de Sac Mystic Productions label, which also includes Following the Call (2007), Doorway to a Dream (2010), Invitation from Within (2013) Beyond the Waves (2016), Quiet Spaces: Flute Meditations for Mindfulness and Relaxation (2018).

Full tracks and samples are available at Spotify, Bandcamp and HearNow for all music platforms. For more information, visit www.annlicater.com.

2. Echoes from a Glass Pond

About Ann Licater: Ann Licater is a California-based, award-winning recording artist, world flutist, producer publisher (ASCAP) and composer (ASCAP). Her artistry and signature sound on Native American and world flutes has been lauded and embraced worldwide, heard via inflight entertainment, on spa radio stations and in yoga studios and beyond. She studied with master Native American flutist R. Carlos Nakai (Navajo-Ute) complementing her classical flute training at the MacPhail Center for Music in Minneapolis, MN. Licater holds a B.A. in Bus. Admin. from The University of St. Thomas, St. Paul, MN and an M.L.A . from Naropa University, Boulder, CO. where she studied Art-As-Meditation and Spirituality. www.AnnLicater.com

CollegeWeekends Announces Addition of Josh Booty to its Board of Advisors

CollegeWeekends Announces Addition of Josh Booty to its Board of Advisors