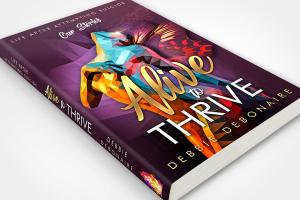 Alive To Thrive: Life After Attempting Suicide – Our Stories available to order now 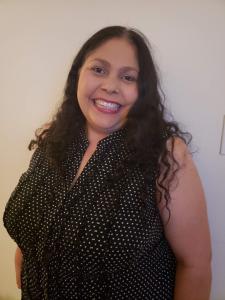 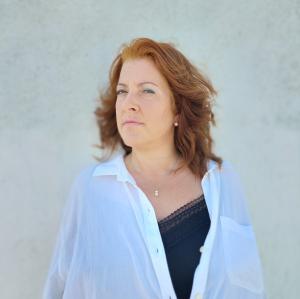 With More And More People Choosing To Take Their Own Life, It Is Time We All Found The Strength To Talk With One Another

LOS ANGELES, CALIFORNIA, UNITED STATES, November 16, 2022 /EINPresswire.com/ — Los Angeles Teacher Co-Authors Book To Help Raise Awareness Of The Growing Number Of Suicides In The Hope Her Own Story Will Inspire Hope And Courage

School teacher Erica Lopez, a former suicide attempter is sharing her story and healing journey in the hope that by writing about her own personal experiences, she can help prevent others feeling like suicide is the only way out of the darkness they face.

Joining nine other women from around the world to co-author Alive to Thrive: Life After Attempting Suicide – Our Stories, Erica Lopez and her co-authors share the events leading up to the suicide attempt, how they felt during the darkest times of their lives and how they overcame the struggles they faced to go on to lead successful happy lives positively impacting others around the world.

Los Angeles – Erica Lopez is no stranger to suicide. She has lost both former students and a family member to this dreaded disease. With the number of teenagers and joining the growing number of suicides being reported around the world, teachers such as Erica sharing their own story will be a lifesaver for many students.

In the state of California alone, 4221.8 suicides have been recorded on average each year over the last decade. Whilst the number of women committing suicide is a quarter of those by men, the growing trend of suicide attempts is alarming. In just the USA and UK alone an alarming 153 men and women, on average, commit suicide every day.

Ms Lopez, a woman determined to share her story in the hope that it brings a deeper awareness to the reasons why those who attempt suicide feel there is no way out. “You’re not thinking of anyone else. You just want the pain and the darkness to go away”, says Erica.

With a love to writing, Ms Lopez writes about the impact of infidelity, alcoholism, sexual assault, anxiety and depression. She has already written two previous books with others on how to get the help needed before it is too late, both of which she has written whilst teaching and building her business https://ericalifecoaching.com

As one of the leading Latino women in the Los Angeles community, Erica is building her coaching business to help support women who suffer from domestic abuse and alcoholism in getting sober and finding a new lease of life free from physical violence as well as mental and emotional abuse; three of the main causes of suicide attempts in women.

Alive to Thrive – Life After Attempting Suicide: Our Stories has been curated by British Suicide Prevention Advocate Debbie Debonaire, and is published by Dawn Publishing, a British boutique publisher focusing on creating positive social change around the world by working with authors to create global impact through literature, bringing human rights and cultural diversity to the masses through the memoir and biographical genres.

“Reading Erica’s story was deeply moving and working with her was not only inspiring but a real joy” says Dawn Bates, an international bestselling author of multiple books, author coach and founder of Dawn Publishing “As I learned more about Erica and her business, which she is building alongside her teaching career, I felt real honour in knowing her and being part of her future vision to support women and communities across America. It isn’t easy being a mum, and yet Erica is mum, grandma, teacher and community leader. That takes a huge commitment to making the world a better place and should be celebrated”.

Ms Lopez says, ” I wrote this chapter in Alive to Thrive with Dawn and Debbie in the hope that we can help people understand those who attempt suicide, because we don’t want to be lectured, patronised or given pity. We just need to hear we are going to get through this and ideas on how to get through to the other side.”

She is currently working with Directing Change on a project with her students to raise suicide awareness and help prevent suicide. Directing Change is an organisation whose mission is to inspire the next generation to be aware of suicide signs and to help save a life.

With a growing trend of people seeking out alternative healing modalities such as journalling, art therapy, sports and plant medicines, new conversations need to be had and new understandings need to be created. Bates says “Numbing the pain with anti-depressants is not healthy, it just delays the inevitable and buries the pain and traumas which lead people down the dark paths. We must face the emotions and release them if we are ever going to stand a chance of really truly understanding why people attempt suicide and put practices and strategies in place to help others get the support they need.”

Alive to Thrive: Life After Attempting Suicide – Our Stories can be purchased online at Https://geni.us/alivetothrive and high street stores across the world.

About Dawn Publishing: This British boutique publishing house specialises in changing the mainstream narratives through the art of literature. Titles published incorporate solo authors as well as a carefully chosen groups of individuals for a wide variety of anthologies in the realms of human rights, social change and cultural diversity.

She writes for various magazines, and when not travelling or sailing around the world, she appears on multiple media channels highlighting and discussing essential subjects in today’s society.

All the titles published under the Dawn Publishing brand bring together the multi-faceted aspects of the world we live in and take you on a rollercoaster ride of emotions while delivering mic dropping inspiration, motivation, and awakening. The books capture life around the world in all its rawness.