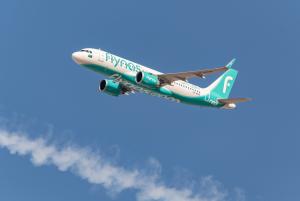 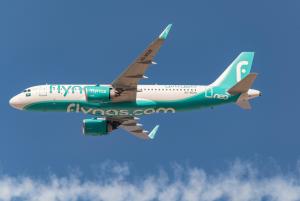 RIYADH, SAUDI ARABIA, November 16, 2022 /EINPresswire.com/ — flynas, the Saudi air carrier and the leading low-cost airline in the Middle East, announced launching a new route between Cairo and Al Medina, starting on December 2, 2022, offering more choices and flexibility for business, and leisure passengers travelling between the Kingdom of Saudi Arabia and Egypt, in addition to the guests from the “Doyof Al Rahman” Program.

This comes in light of flynas’ expansion strategy and its plan launched at the beginning of the year under the slogan “We Connect the World to the Kingdom”, and after the record growth achieved by the company in all its operations by the end of the third quarter of 2022.

The Saudi carrier connects more than 70 domestic and international destinations and has transported more than 60 million passengers since its establishment in 2007.

Recently, flynas received the Skytrax International Award as the Best Low-cost Airline in the Middle East in 2022 for the fifth time in a row since 2017. This international award is based on the results of extensive surveys measuring travellers’ satisfaction and covering more than 100 countries.

flynas also achieved the highest ranking in the Official Airline Rating by the non-profit organization APEX, which is one of the most significant international airline associations. With 600 airlines of various categories included worldwide, flynas came in the 4-star low-cost carrier category, the highest category of low-cost airline worldwide.

Moreover, flynas has been ranked as the Leading Low-Cost Airline in the Middle East in 2022 by the World Travel Awards for the eighth consecutive year.

Passengers traveling with flynas can book their flights through all flynas booking channels: www.flynas.com, the flynas app, the 24/7 call center (920001234), or travel agents.

Wireless Bluetooth Speaker Market Is Anticipated To Register Around 11.71% CAGR From 2019 To 2025