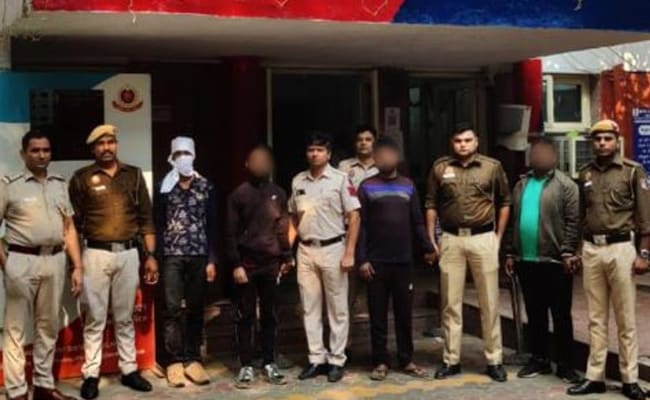 Delhi: The minor tried to mislead the cops but later confessed his crime, police said.

A 50-year-old man was beaten to death by his minor son and three others allegedly over his alcoholism and frequent quarrels with his wife and daughter, Delhi Police said today.

The accused son teamed up with his landlord and two others in the assault after his mother left the house following a quarrel with his father.

In the incident that occurred in Netaji Subhas Place on Sunday night, the minor has been detained and the rest have been arrested, police said.

The victim was found dead in a pool of blood at his fourth-floor home where his wife and children were present, Usha Rangnani, Deputy Commissioner of Police, Northwest Delhi said. A murder case has been registered.

The victim’s wife said she had gone to a relative’s house after she had a quarrel with him, a day before the murder. The family was from Chamoli in Uttarakhand.

Scanning through security camera footage, the police found the suspects leaving the building at 11:30 pm, but they couldn’t be identified. However, the suspicion fell on the minor son during the course of investigation.

During interrogation, the minor boy tried to mislead the cops but later confessed his crime, said police.

The victim also fought with his wife three days before the murder, the police quoted him as saying. Thereafter, she left for her relative’s home while the boy approached his landlord Jitesh Gupta on Sunday. They, along with two others – Nitin and Aditya, went to the victim’s house at night and beat him to death with a baseball bat and sticks, police said.

Featured Video Of The Day

UVa student charged in deaths of 3 football players shot one victim in his sleep, prosecutor says