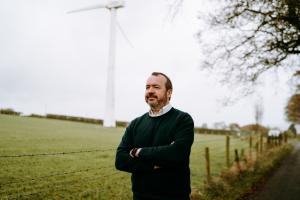 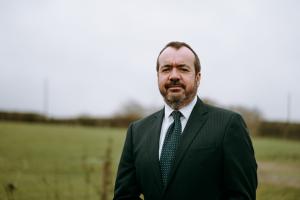 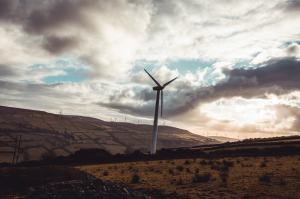 BELFAST, NORTHERN IRELAND, UNITED KINGDOM, November 15, 2022 /EINPresswire.com/ — Northern Ireland renewables experts Everun are set to support investment in excess of £50m in wind and solar across the country over the next three years. The announcement comes as world leaders met at COP27 in Egypt last week.

Everun, which has been in operation since 2010, currently manages over £150m worth of renewable assets for clients across the Island of Ireland.

In the last year the company has invested over £2m bringing their workforce to 45 staff as well as significantly investing in high value stock, expanding their premises and wider infrastructure.

The company plans to invest a further £7.5m over the next three years to support the delivery of an additional £50m of renewable energy assets in Northern Ireland. That investment will also include creating a further 25 engineering and professional services jobs.

Managing director Michael Thompson said: “As part of our continued investment in developing energy generating wind and solar projects we are delighted to be able to play our part in delivering the Northern Ireland target of 80% renewable energy use by 2030 and to be in the position to create a further 25 highly specialised jobs within the sector.

“As a renewable energy management company that manages wind and solar renewable energy sources, EV charging, smart motor systems, and renewable switchover we recognise that we have a responsibility in the private sector to invest heavily in supporting the Northern Ireland Energy Strategy and Climate Change Bill.”

Mr Thompson says Northern Ireland as a whole has a long way to go to meet the 80% target. He added the potential to reach energy security is there but much work is still to be done by both government and the private sector.

“Northern Ireland has increased the amount of energy produced from renewables from near zero in 2010 to 45% this year,” he said.

“If Northern Ireland and the rest of the UK and Ireland are to meet the targets set, the production of energy must be supported with the right assets and technology, as well as investment in wider infrastructure by the Government.

“We have large energy-hungry businesses in manufacturing with a need for reliable energy sources, and bespoke software enables us to provide that reliability and cost efficiency from renewables.”

Already managing more than 160 wind turbines, on single sites and wind farms, as well as multiple solar installations, Everun are also celebrating their expansion into the Republic of Ireland market this year.

Mr Thompson said that Northern Ireland is at least four years behind the Republic of Ireland and the rest of the UK.

The Northern Ireland Climate Change Bill includes a Climate Action Plan to be published at the end of the year following Royal Assent in June.

“The rest of the UK and Republic of Ireland has been expanding renewable generation with a range of support mechanisms – but Northern Ireland has lagged behind without a clear strategy from our Executive,” said Mr Thompson.

“That has consequences. Northern Ireland is being held back from an overall economic point of view due to the lack of investment in energy infrastructure and renewables.

“We have to sort out issues such as planning and the electricity grid in order to achieve our targets which should include control of our own energy security. We should be ambitious enough to consider exporting power beyond NI, and then we can make our economy anything we want it to be.”

Mr Thompson added that with the right investment and determination the future can be exciting for the sector and the wider NI economy.