Actual SEO Media, Inc. Talks About The History of Marketing, How It Has Evolved, and Where It Might Be Headed 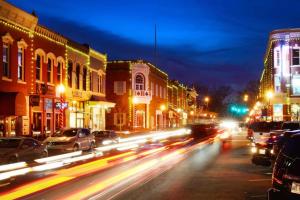 Since the turn of the century, technology has advanced in unbelievable ways allowing for growth in all areas including marketing. 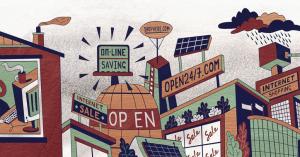 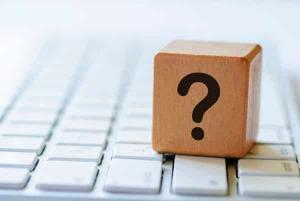 Advancements such as artificial intelligence allow for more growth and advancement. There is no telling how far it can go and where it will lead.

Actual SEO Media, Inc. discusses the evolution of marketing and where it could be heading.

HOUSTON , TEXAS, UNITED STATES, November 15, 2022 /EINPresswire.com/ — Actual SEO Media, Inc. Talks About The History of Marketing, How It Has Evolved, and Where It Might Be Headed

Since the turn of the century, marketing has grown and developed in ways businesses never would have dreamed of. From prints to radio, to television, and now to the world wide web, marketing has taken many twists and turns. It has a huge history that many professional advertisers study deeply. College courses dedicate entire curricula to the study of advertising, starting all the way back to as far as the 18th and 19th centuries to what it has become today. With the present technological advancements, it can be difficult to see where it will take us next. Has marketing reached its peak, or is it just beginning?

Every Story Has A Beginning

While most who study advertising typically start during the Industrial Revolution, there is plenty of evidence showing that marketing has been around for hundreds and possibly even thousands of years. Persuading consumers to buy one’s goods is not a new concept. In fact, the oldest form of advertising is word of mouth, but even so, historians have found ads hidden in nearly every corner of the world.

Le Chat Noir, which translates to The Black French Cat, is an internationally famous advertisement piece designed in France in the 1890s. For those who are not quite familiar with the ad, it was a poster with bright red and yellow colors with a black cat inviting performers to show off their talents. One of Coca-Cola’s earliest ads was a newspaper ad in Atalanta, Georgia, in 1886 in John “Doc” Pemberton’s pharmacy. Some experts even say that Benozzo Gozzoli’s frescoes created in 1450 in the Medici family’s palace were ads persuading a particular way of life. Examples of advertising can be found going back all the way to some of the most ancient civilizations.

Marketing, as the world knows it today, was created to generate awareness, reputation, and competition. Many would agree that this type of advertising took off during the late 18th century and early 19th century. With the advancement of technology at the time, many people capitalized on the opportunity to create big businesses. Consumer goods were becoming easier for people to purchase. Therefore, companies needed an effective way to get their products and services out to people; thus, marketing began to make a significant foothold in American society.

By the mid-19th century, the business competition began to grow. Owners soon realized how important advertisements were and started relying on more persuasive language. Soon after, some of the first advertising agencies began popping up. These agencies would offer services such as illustrations and copywriters to create polished and professional advertisements. By the start of World War I, posters were created for propaganda purposes and to increase support for the war effort.

After WWI, The Great Depression took a toll on everyone, including advertising. The few businesses that were still up and running used advertising for more persuasive ideas. For instance, marketers used people’s need to belong, their fears, and even sex appeal as a way to attract consumers. The idea that purchasing products were more of a need rather than a want played a crucial role in advertising tactics.

The Golden Age of Advertising

Between the 1950s up to the 1970s, the advertisement industry boomed. Ads showing up more and more in newspapers, billboards, and even in the home due to the popularity of television. Some of the most famous and revered advertisers were born, such as David Ogilvy, who worked on Volkswagen campaigns, and Leo Burnett, who created the Jolly Green Giant.

David Ogilvy was considered to be the “father of advertising” back in the early 60s. He believed that anything could be sold with the right type of advertising. He also believed and coined the phrase, “The customer is not a moron; she’s your wife.” Ogilvy emphasized headings in his advertisements because he had learned that an audience would look at the headline more often than the body itself. This tactic is still very much used in today’s advertising. Think of the amount of “clickbait” that is seen. It is an extremely successful tactic and, in some cases, frustrating.

Ogilvy also emphasized comedy and storytelling in his ads. He knew that the best way to sell to his audience was to try to understand and relate to them. These are all strategies still used to this day and continue to be successful. Anyone looking to improve their advertising skills would do well to study up on David Ogilvy’s tried and true methods.

Leo Burnett’s advertising was considered to be revolutionary and a bit ahead of his time. Much like Ogilvy, Burnett’s ideas are still being used today, such as the use of bold colors and subliminal imagery. Burnett used more images than text. He would also use more striking images that were considered to be taboo at the time. For instance, it was considered bad advertising practice to use an image of raw meat back in the 1940s. However, Burnett used an image of raw meat up against a dominant red background to advertise for the American Meat Institute. This was considered to be radical for the times. The idea was that advertisements needed to quickly grab the audience’s attention, which is a practice still used today. While it took a bit of time for his ideas to resonate with people, Burnett’s advertising company grew substantially, making $55 million a year by the mid-1950s.

Television was a relatively new piece of technology during this time, and it was becoming more widely available to the masses. This created a whole new form of advertising with the use of visual and audio commercials. This form of advertising not only pushed products and services but also entertained and informed audiences. For instance, presidential elections gained a lot of traction for presents such as John F. Kennedy, Richard Nixon, and Lyndon B. Johnson.

Fast-forward several decades to the age of the Internet. The Internet changed everything and started becoming a regular household amenity in the 90s. By the early 2000s, the Internet quickly became a necessity. Today, it is almost a basic need, especially for businesses. If businesses today do not have a website, they probably are not doing very well, at least not as well as they could. SEO, or search engine optimization, has become the driving force for advertising, and without proper SEO practices, businesses will not reach their full potential.

Companies can no longer simply have ads in the local paper or pay for television time slots. Businesses need a website that reflects their brand and follows the many protocols that search engines enforce. There is more that companies have to focus on than just why their products and services are better. They have to have interesting and thought-provoking information. They must follow strict rules and stay current with the most relevant information. Brands also need to anticipate questions and problems that their consumers may face and provide solutions for them.

Trying to keep up with the constant evolution of digital marketing can be frustrating for many companies, especially those that have been around for more than half a century. But this is great news for smaller companies trying to create a foothold in the business world. SEO standards help weed out scam companies that make it difficult for legitimate businesses. There are consequences when companies try to cheat their way to the top, which has never been implemented before. It will be interesting to see where this technology will take businesses and marketing.

Is AI the Future of Marketing?

Like anything else, it is difficult to say where the advertising world is going. One hundred years ago, or even fifty years ago, no one ever thought that a tiny little company in the center of the USA would ever be able to reach an audience clear on the other side of the world, but it happens. No one ever thought that large business tycoons would compete on the same playing field as smaller local companies, but thanks to digital marketing, the odds are evening out. With the advancement of technology, there is no telling where marketing is going. However, there is a lot of talk about artificial intelligence and AI-driven content. People have only begun to scratch the surface of AI, but it is safe to say that digital marketing is far from reaching its peak.

As a leading Houston SEO company, Actual SEO Media, Inc. empowers its clients to maximize their digital marketing potential. By harnessing the power of search engine optimization, the company helps businesses expand their online reach and establish a stronger presence on the Internet. Actual SEO Media, Inc. specializes in content writing and content marketing and continues to keep up and evolve with the latest marketing strategies to help businesses of all sizes grow. For more information, contact the office at (832) 834 – 0661 or by email at info@actualseomedia.com.

Ride With Jelenew and Get OneTreePlanted This Black Friday

Ride With Jelenew and Get OneTreePlanted This Black Friday