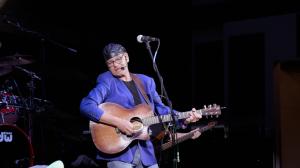 The inspirational musical group’s most recent release, “My Wings,” is a love song with a twist.

CINCINNATI, OHIO, US, November 14, 2022 /EINPresswire.com/ — The Bootleggers Music Group is pleased to announce the release of its new single, “My Wings,” which was released on November 11th, 2022. The song is in the genres of Americana and Christian and is a delightful contribution from The Bootleggers Music Group, which is a global collaborative of writers, producers, musicians, and artists from all over the world. All the group’s music has one common thread: each track is intended to bring people together and closer to God. The new song is now live and available for download on Spotify.

“It’s rare to find a multi-genre artist, let alone a group, who can draw in a crowd of such diversity and music tastes, but The Bootleggers Music Group did just that,” – A super Fan.

“My Wings,” was written by Paul E Jones and Noah Christopher Kocher to be a love song with a twist at the end. The powerful vocals and moving melodies on the track are both inspirational and poignant and certain to be a crowd pleaser for listeners and fans of this uplifting musical group.

The Bootleggers Music Group “My Wings,” is now available for download on Spotify. The band also encourages fans to listen to their music by downloading their free app from Google Play or the App Store.