E-Bikes Are Popular In Canada And Under The National Spotlight 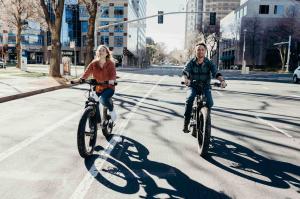 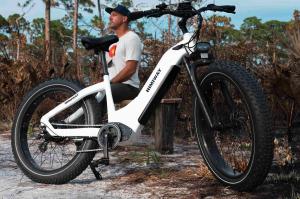 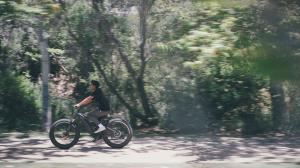 The raging popularity of e-bikes in Canada is set to bring waves of change in its transport landscape.

EL MONTE, CALIFORNIA, UNITED STATES, September 29, 2022 /EINPresswire.com/ — The draft model of electric bikes may have appeared in the late 19th century, but the first successful model made its way into the market in 1997. Over the span of the last 20 years, the e-bike has managed to make quite a name in the bicycle industry. Since 1998, it has consistently witnessed significant sales increases thanks to its straightforward structure that accurately reflects a standard bicycle, tiny and effective electric motor, and effortless managing methods. Canada has noted a rapid uptake of battery-powered electric bikes from coast to coast as more manufacturers and riders are hitting the road.

E-bikes are far more eco-sustainable compared to an alternative form of conveyance, even when we factor in the expense of routine battery replacements. Some notable manufacturers have made significant progress in this domain and introduced excellent models for the vast user base in developed countries like Canada. Cyclists have a vast range of options when investing in electric bikes. They can choose the fat tire bike or a long-range ebike according to their commute requirements.

Differences between the capabilities of traditional and e-bikes are a primary reason behind their rapid adoption. Any commute with an e-bike becomes way more practical by saving you time and money and consistently reducing your carbon footprint. Many individuals reported that the whole idea of owning an e-bike compelled them to ride more often. It increased their productivity and boosted their health without exerting much strength causing strenuous wear. An e-bike is about extracting the same benefits that a car and regular bicycle will give you, with relatively less input.

The eco-friendly nature of electric bikes and their pocket-friendly prices have compelled the massive population towards their purchase. In fact, some users are happily ready to invest a high amount in this purchase because it helps the environment. Manufacturers like Himiway are the primary drivers behind this growing demand. They have introduced efficient models to facilitate the users. Companies like this create waves of change and improvement in the electric bike domain. Its long-range electric bike produces 43% higher efficiency than most such e-bikes on the market. Therefore, the options are unlimited, from long-range electric bikes to fat tire electric bikes. All you need to do is evaluate your needs and figure out the most relevant model for yourself.

With prospects for traveling, physical activity, and leisure activities, the e-bike sector in Canada has a bright future. Individuals are becoming increasingly health-conscious. Increasing traffic jams, climate change, and a boost in authorities’ attempts to encourage cycling have led to a substantial cut in carbon emissions. Additionally, the creative new inventions in the e-bike industry have also prompted individuals to buy them. The market has attracted numerous buyers and potential customers with classic and innovative designs.

As mentioned earlier, many notable electric bike manufacturers have hopped on the bandwagon. They are supplying the market with innovative models and technologies to enable prospects to choose the best electric bike. For instance, Himiway recently introduced the Himiway Zebra. This upgraded model Himiway Zebra is a successor of the Himiway Cruiser and has an enhanced inner ring and a robust 750W gear hub motor. The structure of a 26-inch Kenda fat tire strengthens the traction, dodging slipping on the ground and sinking in mud or snow. Some researchers might argue that these manufacturers create complexities and make product choices difficult for the target customers. However, as more people invest their hard-earned cash in electric bikes, we can state that the public readily accepts the change. We are gradually moving to a clean and green future.

Himiway is a diversified technology company focused on research, production, and sales of pedelecs. At the same time, Himiway is not only the manufacturer but also the seller of e-bikes.

Himiway’s products go through strict quality controls. Thus, Himiway guarantees reliable quality at a reasonable price. Annually Himiway sells more than 10,000 pedelecs in the USA. These models are among the best e-bikes on the market.