A MAN has tragically died in an accident at a popular Scottish golf club yesterday.

The 39-year-old man entered the water at Cawder Golf Club and got into difficulty at around 6.30pm.

Emergency services raced to the scene on Cadder Road in Glasgow after receiving reports from concerned members of the public.

With the help of officers and the public, emergency services recovered him from the water.

But he was pronounced dead at the scene at short time later.

Cops confirmed this morning that his death is not being treated as suspicious. 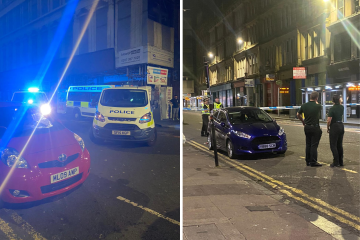 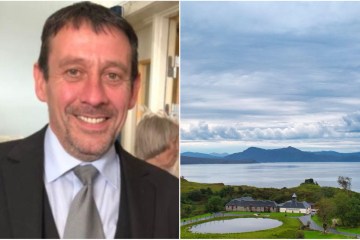 They added that enquiries are currently ongoing.

A Police Scotland spokesperson said: “Around 6.30pm on Saturday, 13 August, officers attended Cadder Road, Glasgow following reports of a man in difficulty in the water.

“The 39-year-old was recovered by members of the public and emergency services attended, but was pronounced dead at the scene at short time later.

“The death is not being treated as suspicious, and enquiries are ongoing.”

Most read in The Scottish Sun

Recently we told how a man has been arrested in connection with an alleged stabbing in Glasgow city centre.

Emergency services raced to the scene on the city’s Union Street in the early hours of this morning.

Officers also scrambled to the area after receiving reports of an incident at around 1am.

Elsewhere, two bikers and a driver allegedly involved in a ‘race’ are to stand trial charged with causing the death of another motorist.